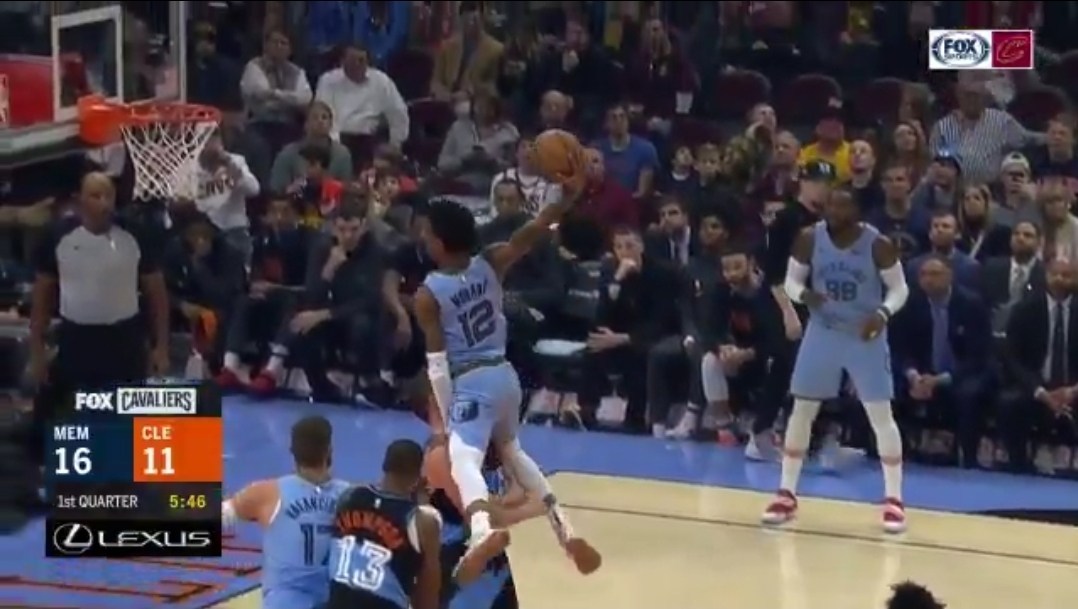 Early on in the Cleveland Cavaliers’ Friday night game against the Memphis Grizzlies, rookie Ja Morant nearly completed what would have been one of the most impressive poster dunks in NBA history.

Following the game, Love hilariously exclaimed through social media that the miss saved his career.

Ja almost ended my professional career with this dunk…that kid is something special ?????? https://t.co/5SxCItAMba

Morant’s dunk attempt evokes memories of when Vince Carter leaped over 7-foot-2-inch Frederic Weis and slammed the ball in a match between the USA and French national basketball team in the 2000 Summer Olympics.

It is considered by many people to be the greatest in-game dunk ever.

Had Morant made the dunk on Friday night, Love would be seeing himself on the wrong side of posters and highlight replays for years to come.

In the end, Love had the last laugh as the Cavs rallied to defeat the Grizzlies after facing a 12-point deficit early in the fourth quarter.

Love outplayed Morant as well. Morant was held to a season-low eight points, while Love posted 21 points and 13 rebounds in the game.

Love also hit a clutch three-point shot with just over a minute to play in the game to give the Cavs a lead that they would not relinquish.