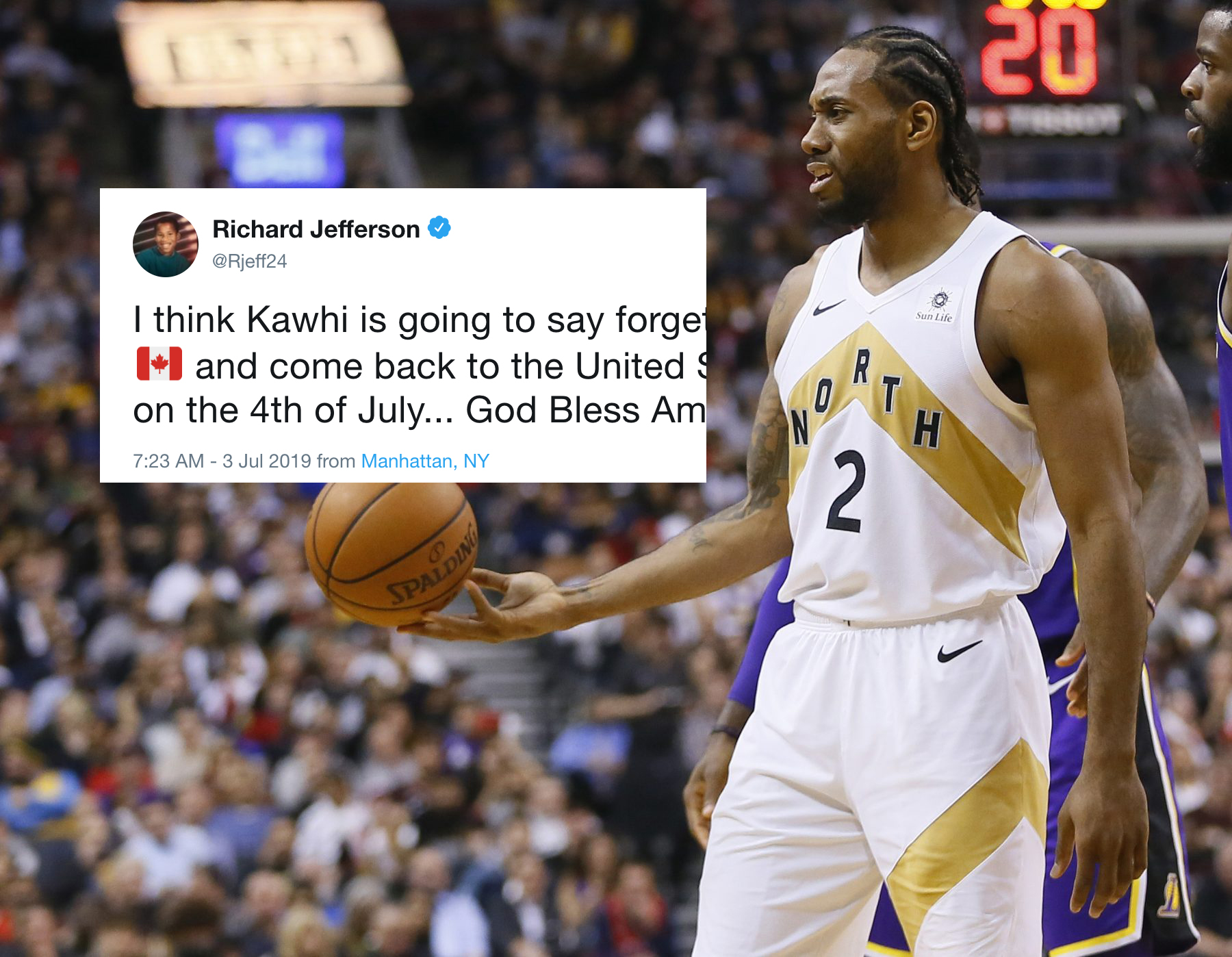 Apparently this tweet isn’t going to age well according to @JalenRose. He says it’s 99% sure he’s going back to ?? Congrats Canada!! https://t.co/EhV2nBg7mg

Leonard, 28, is the best available remaining free agent on the board. The 6-foot-7 forward is coming off his finest season in the league. Leonard put up a career-high 26.2 points and 7.3 rebounds in 34.0 minutes per game last regular season.

However, the two-way titan went to even higher heights in the postseason.

The All-Star averaged 30.5 points, 9.1 rebounds, 3.9 assists and 1.7 steals to lead the Toronto Raptors to their first championship in franchise history this past season.

While Leonard hasn’t declared his decision yet, it appears the two-time champion has narrowed his options down to the Raptors and Los Angeles Lakers.