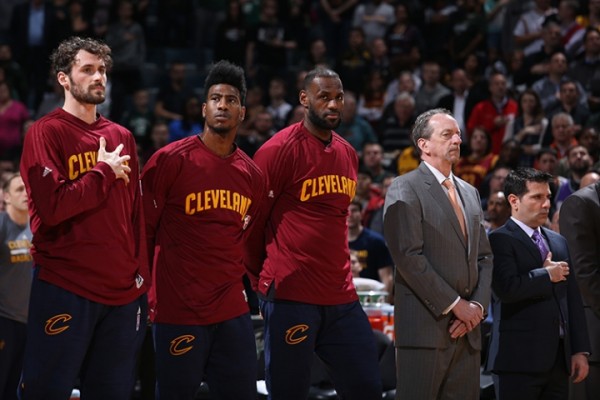 Iman Shumpert had to side with either the 2016 Cleveland Cavaliers or the 2020 Los Angeles Lakers as his pick to win in a championship series.

When Zach “Chopz” Frydenlund of Complex Sports’ Load Management picked the Cavs in five in their latest episode, Shumpert agreed with him 100 percent.

Frydenlund also suggested that the Cavs would own the matchup between Kyrie Irving and whoever from the Lakers would guard him.

The Cavaliers had a starting lineup of Irving and J.R. Smith at the guard positions, LeBron James and Kevin Love at the forward spots, and Tristan Thompson at center.

On the other end of the floor, the Lakers’ starters this past season was mostly composed of Avery Bradley, Danny Green, James, Anthony Davis and JaVale McGee.

The fact that the 2016 Cavs defeated a Golden State Warriors team that owned the best regular-season record of all time at 73-9 speaks volumes about the Wine and Gold’s chances against the 2020 champions.

One thing is certain about this matchup: No matter which team wins, James would be on the winning side.

The former Cavaliers guard came off the bench in 49 of his 54 appearances in the regular season for the 2016 title team and averaged 5.8 points, 3.8 rebounds and 1.0 steal per game.