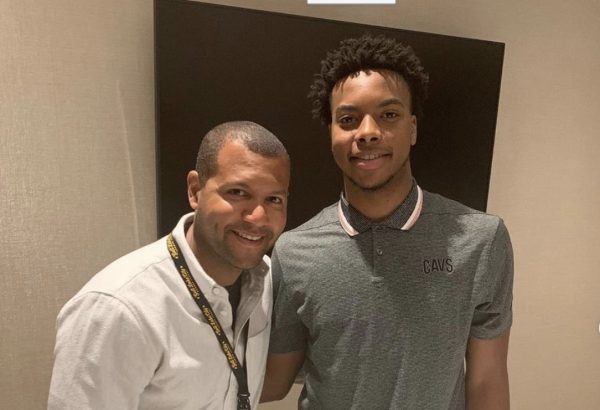 Less than two weeks after being selected as the No. 5 overall pick in the 2019 NBA Draft, Cleveland Cavaliers guard Darius Garland has officially signed his rookie contract.

To commemorate the moment, he took to social media to post a photo that shows him affixing his signature.

Thank you so much to the @cavs Signed and ready to go?? #cavs

Garland signed his deal while at the brief three-day Summer League taking place in Salt Lake City, which will be followed by 11 days of Summer League action in Las Vegas.

The rookie is not expected to play in either since he’s still rehabilitating his surgically repaired knee that limited him to just five games last season at Vanderbilt University.

The Cavaliers’ training camp doesn’t get underway until late September, which should afford Garland enough time to finish his rehabilitation and fully prepare for his rookie campaign.

There has been talk of both Garland and last year’s top draft pick, Collin Sexton, sharing the starting backcourt in the 2019-20 season. However, that remains a fluid situation that will be determined at a later date.

The Cavs Summer League team began play on Monday with a 97-89 loss to the San Antonio Spurs. Another Cavs first-round pick from last month’s draft, Dylan Windler, led the team with 19 points.