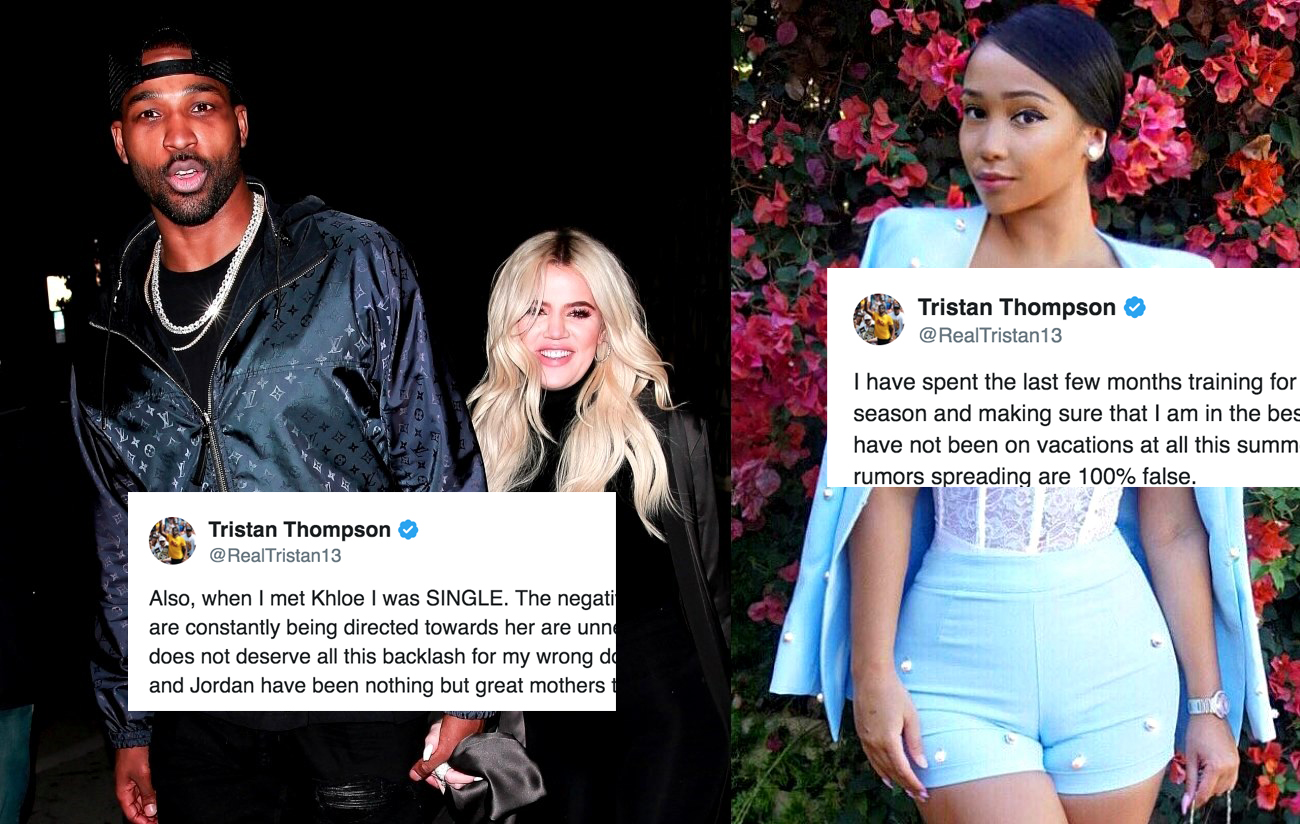 Tristan Thompson addressed rumors regarding his ex-girlfriends, Khloe Kardashian and Jordan Craig, after rumors sprung up that he was on vacation with one of them.

In the process, Thompson declared how dedicated he has been to prepare for the upcoming 2019-20 regular season.

The Cleveland Cavaliers center’s whereabouts were the subject of rumors from some websites claiming that he was vacationing with Craig and their three-year-old son, Prince. However, Thompson cleared the air on Twitter by saying he hasn’t had a vacation all summer.

I have spent the last few months training for my upcoming nba season and making sure that I am in the best shape possible. I have not been on vacations at all this summer and the current rumors spreading are 100% false.

The rumors started when Craig shared a photo on social media of her and Prince behind a beautiful, picturesque background. Thompson also shared a photo of his son on a yacht, leading many to believe that the 6-foot-10 center and Craig were back together as a couple and spending time as a family.

My little Prince is living life ?

After Thompson downplayed the rumors, he posted another tweet to defend Kardashian from those claiming that the actress stole him from Craig years ago. Craig was pregnant at the time the rumors started.

Also, when I met Khloe I was SINGLE. The negative comments that are constantly being directed towards her are unnecessary. She does not deserve all this backlash for my wrong doings. Both Khloè and Jordan have been nothing but great mothers to my kids.

Thompson explained that he was single when he started dating Kardashian. Recently, Kardashian defended him from an internet troll who claimed she hated her ex-boyfriend.

What is encouraging for Cavs fans, however, is Thompson’s devotion to his summer workouts. The eight-year veteran has missed most of the last two seasons due to various injuries. He should be better prepared this season than in previous years.