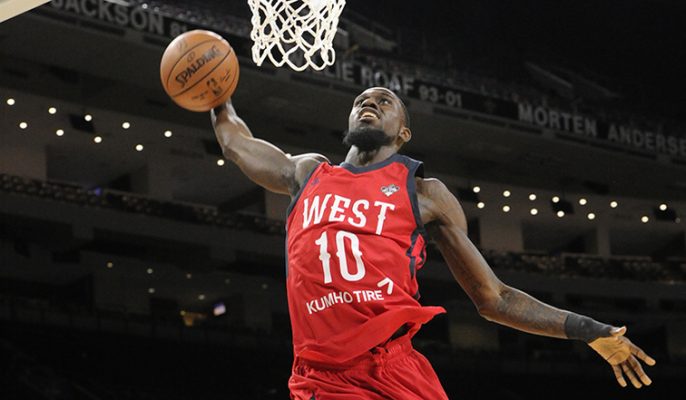 With just two games left in the 2017-18 NBA regular season, the Cleveland Cavaliers took steps on Saturday to fit within NBA rules by signing Okaro White for those two contests.

The Cavs announce they have signed Okaro White for the remainder of the regular season. During his last 10-day contract with the team, he saw no game action. Cleveland was required to sign a player to get the roster back up to 14, per league rules.

The 25-year-old White had been originally signed by the Cavaliers last month, but as noted, didn’t see any action. Earlier this season, he played for the Miami Heat, starting four of the six games that he played. In those games, White averaged 13.3 minutes per game and scored an average of 3.3 points while grabbing 1.8 rebounds per game.

Prior to his stint with the Heat, White had played collegiately at Florida State before then competing internationally from 2014 to 2016. During the 2016-17 season, he earned All-Star accolades in the G League as a member of the Sioux Falls Skyforce, averaging 18.4 points and 8.7 rebounds per contest.