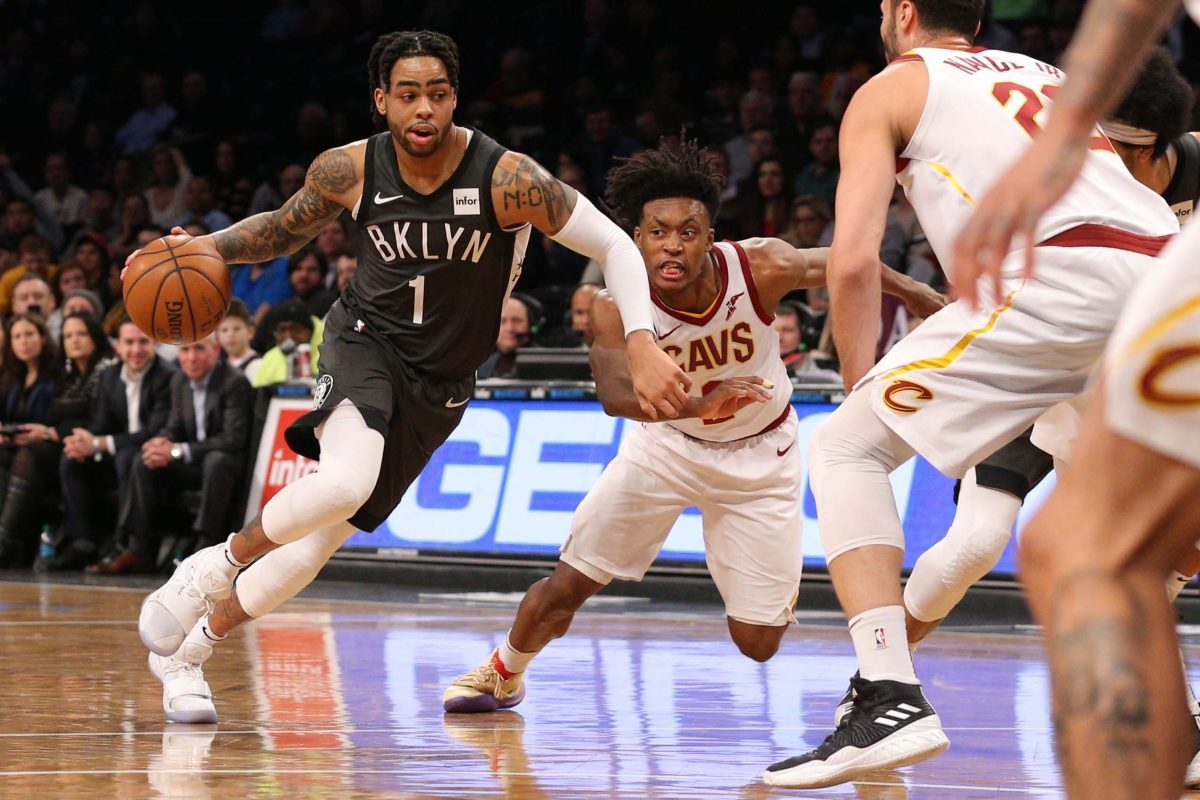 After trading D’Angelo Russell two years ago to make room for Lonzo Ball in the starting point guard position, it appears that the Los Angeles Lakers are trying to win him back.

Larry Nance Jr. agreed with Hoop Central about how hilarious it is that his former team is now pursuing Russell in free agency after he liked a social media post about it.

The same is true with Brook Lopez, whom the Lakers didn’t re-sign last summer. Instead, they chose to sign JaVale McGee and play him at the former’s starting center slot. 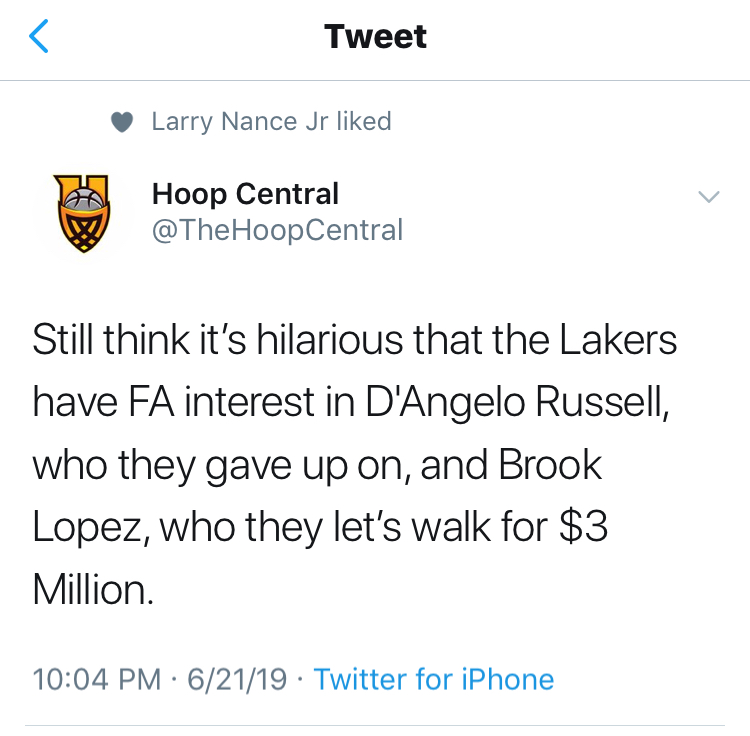 Russell was a first-time All-Star this year and Lopez was a key piece for the Milwaukee Bucks as a three-point shooting big man. Nance was a teammate of both players on different occasions before he was traded to the Cleveland Cavaliers last year.

Ball showed only flashes of his potential during his time in the Purple and Gold, which led management to give up on the former No. 2 overall pick and include him in the trade for Anthony Davis earlier this week. McGee was a productive player during the first half of the season but ultimately lost playing time as the season progressed.

The Lakers seem to be admitting their past mistakes by chasing after both Russell and Lopez, who will be free agents in July.

Whether Russell and Lopez return to play for L.A. once again remains to be seen.