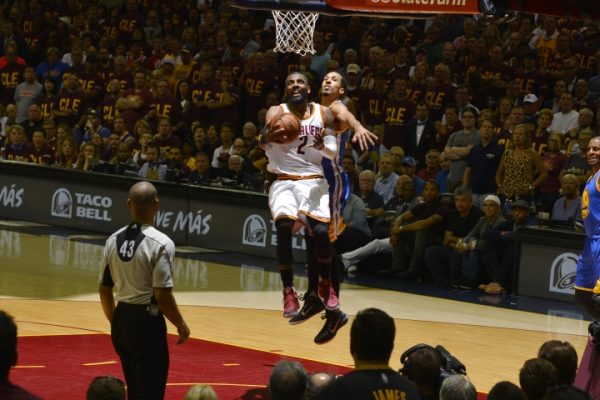 (Cleveland, OH) – Being on the wrong side of a 12-1 fourth-quarter run was devastating to the Cleveland Cavaliers as they dropped a 108-97 decision to the Golden State Warriors in Game 4 of the NBA Finals at Quicken Loans Arena on Friday night.

The defeat now puts the Cavs in deep trouble for the series, trailing 3-1 with an elimination game on tap in Oakland on Monday night.

“We have to get one,” LeBron James said after the game. “We have to come out (for Game 5) with the mindset that our coaching staff will give us a great game plan and we have to execute it.”

The Cavaliers led 83-81 with 10:21 left following a James dunk, but Golden State ran off 12 of the next 13 points and got a number of key offensive rebounds during that stretch. After the score by James, the Cleveland shooting then went ice cold, missing 11 of their next 12 shot attempts. By the time the Cavs were able to start putting the ball in the basket again, it was too late.

“I thought if we were able to play our starters for a few minutes at the start of the fourth quarter, we could make a run and take them out slowly,” Cleveland head coach Tyronn Lue said. “But they were the ones who went on the run.”

The Warriors’ three-point shooting was especially deadly, with an NBA Finals record of 17 long-range shots hitting on the evening, while the Cavaliers only managed six on the night. Golden State actually finished the night with more three-pointers than standard two-pointers, hitting 16 in the latter category. One self-inflicted wound for the Cavs came at the foul line, with Cleveland missing 11 attempts.

“I didn’t think we ran the right plays at the right time,” Lue said. “We just didn’t make shots.”

Kevin Love was back on the court, though in a reserve capacity and finished with 11 points and five boards. His presence was needed in the first half when Richard Jefferson was forced to the bench after picking up his third foul.

“Everytime we made a mistake, they made us pay for it,” Lue said.

The only other players to reach double figures in scoring were Tristan Thompson, who had 10 points and seven rebounds, and J.R. Smith, who matched Thompson’s point total.

“We had our chances. The third quarter was a momentum swing for us and they took advantage of it,” James said.

Game 5 will be back in Oakland at Oracle Arena on Monday night, with the Cavaliers needing to win to keep their championship hopes alive. Tipoff for that clash will be just after 9 p.m. ET.