Report: Members of Darius Garland’s Camp Would ‘Love to See Him’ on Cavs 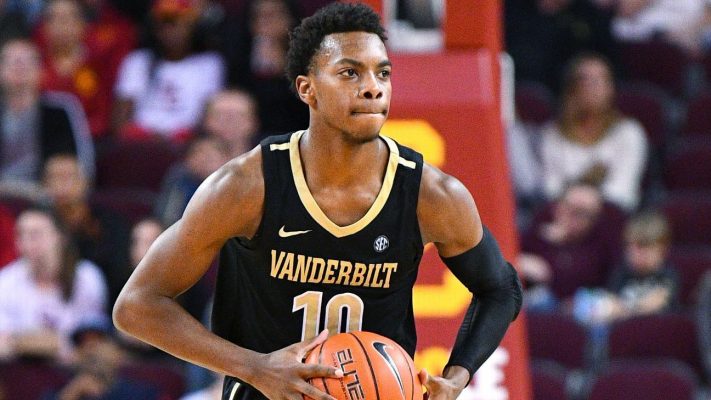 Among the top candidates to be drafted by the Cleveland Cavaliers on Thursday night is Vanderbilt University guard Darius Garland.

The Cavaliers are obviously enamored with his talent and potential production, with one report indicating that people close to the 19-year-old would like to see him play for the team.

Joe Vardon of The Athletic looked at the prospect of Garland and Collin Sexton starting in the Cavs’ backcourt, while noting some potential drawbacks:

“The Cavs could certainly draft Garland and play him with Sexton. For what it’s worth, members of Garland’s camp would love to see him in Cleveland, where they think he would get shots and time to develop. But there are some pitfalls in playing Sexton and Garland at the same time.”

One of those pitfalls deals with the lack of experience the Cavs would have among their starting guards. In addition, if the potential experiment of starting both players comes up short, the team would then have one of their cornerstones for the future coming off the bench.

One problem in penciling in Garland for next season’s roster is that there’s no guarantee that the team will have the opportunity to select him.

That’s because the New Orleans Pelicans have the pick right before them and could choose him, a scenario that could force the Cavs to make a deal to move up one spot.

Garland only played five games at Vanderbilt before undergoing season-ending knee surgery, which stalled his development. However, in those five games, he showed that he was comfortable at the point guard slot and could hit from beyond the arc.

Having conducted a workout with Garland over the weekend, the Cavaliers appear to be serious about choosing him when their time arrives. Should that take place, they’ll have the comfort of knowing that they’ll have the support of at least some of those in his camp.

cleveland cavalierscollin sextonDarius Garlandfeaturednew orleans pelicansnews ticker
← Previous Story Cavs Rumors: ’50-50′ Chance Kevin Love Gets Traded This Offseason
Next Story → Report: J.R. Smith Is ‘a Lock to Be Traded’ Before or During Draft