Cavs Rumors: Kevin Love Could Be Traded to Boston Celtics This Offseason 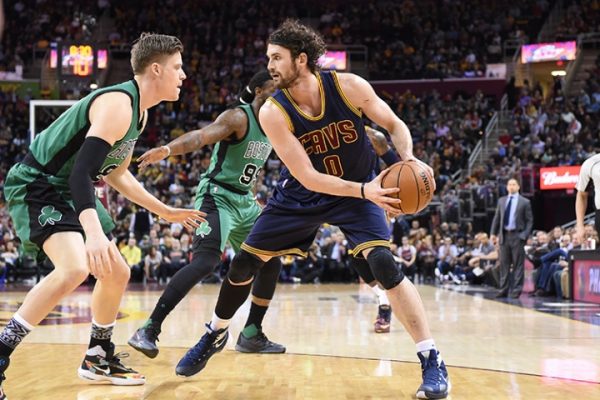 According to Brian Windhorst of ESPN, the Cleveland Cavaliers are expected to listen to trade offers for power forward Kevin Love this summer, and it seems like one team is already at the top of the list.

“The Celtics is the trade that has made sense for six months. I happen to know the Cavs really like Avery Bradley and to me, I would want Marcus Smart and I would want one of the draft picks. You’re not getting the high pick obviously, but you want one draft pick,” reported Windhorst.

The two teams could work with the pieces involved, as the Celtics would receive an All-Star in Love and the Cavs would receive a defensive ace in Avery Bradley, as well as surging young point guard Marcus Smart to go along with a draft pick to potentially fill Love’s void.

Also, it was reported that prior to the February trade deadline, both teams discussed a trade however they couldn’t come to an agreement. Love’s manager, Jeff Schwartz also met with Celtics GM Danny Ainge prior to Game 6 of the NBA Finals.

We’re not saying for sure if Love will be shipped out of Cleveland this offseason, but with a poor performance through a majority of the NBA Finals, don’t be surprised if you see Love sporting a different jersey next season.