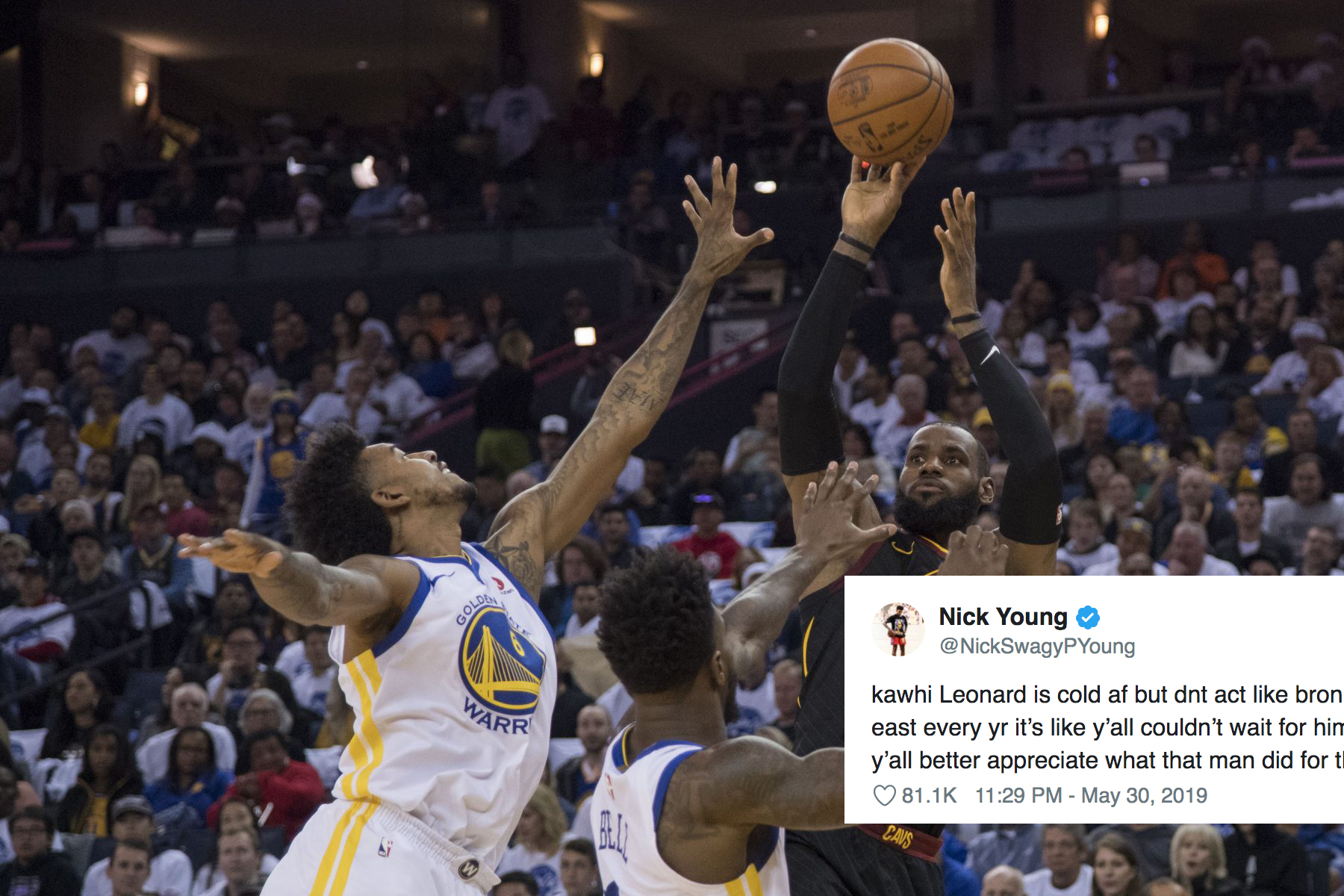 Nick Young thinks that LeBron James doesn’t get the respect that he deserves.

In Young’s eyes, haters were waiting for James to miss the playoffs after a run of dominance.

The sharpshooter took to Twitter during Game 1 of the NBA Finals to point out that James, when with the Cleveland Cavaliers, repeatedly ran through the Eastern Conference.

kawhi Leonard is cold af but dnt act like bron ain’t ran threw the east every yr it’s like y’all couldn’t wait for him to miss the playoffs .. y’all better appreciate what that man did for the league

Young has seen James’ dominance firsthand. As a member of the Golden State Warriors, Young played against James and the Cavs in the 2018 NBA Finals.

The Warriors swept that series, but it didn’t diminish James’ remarkable performance.

During that playoff run, the four-time MVP averaged 34.0 points, 9.1 rebounds and 9.0 assists per game.

After spending his first 15 years in the East, James jumped to the Western Conference when he signed with the Los Angeles Lakers before the season.

The Lakers finished just 37-45. James missed the playoffs for the first time since 2004-05, his second year in the league.

It ended a streak of eight consecutive trips to the NBA Finals for James. He won the East from 2011 through 2014 with the Miami Heat, and from 2015 through 2018 with the Cavs.