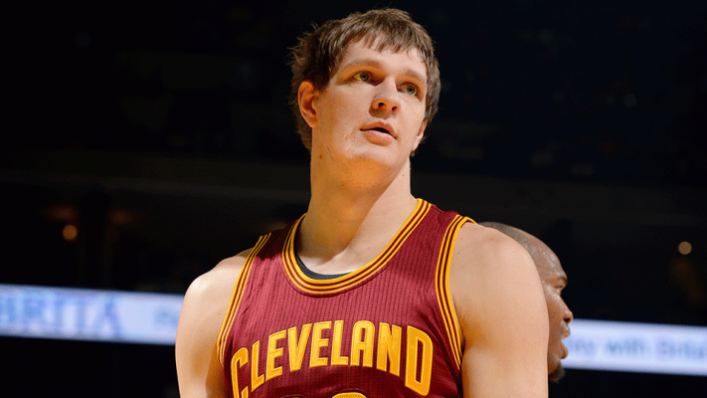 The Cleveland Cavaliers may have signed a few big names to multi-year contracts this offseason, but it appears that Timofey Mozgov won’t be one of them.

According to Terry Pluto of the Cleveland Plain Dealer, the veteran center won’t sign an extension this summer.

The Cavaliers made the decision to pick up Mozgov’s $4.9 million option for next season, which is a bargain for a player of Mozgov’s stature. The Russian center was acquired by trade in the middle of the season last year from the Denver Nuggets.

Following his acquisition, the 7-foot center averaged 10.6 points and 1.2 blocks per game while establishing himself as the team’s starting center. With the team shorthanded in the postseason, Mozgov continued to post solid statistics, as he had per game averages of 10.6 points and 1.8 blocks.

While Mozgov is eligible for a long-term extension, he won’t sign one right now. The salary cap will increase drastically for the 2016-17 season, meaning the Russian center will be eligible to earn a lot more money signing a long-term deal next summer, rather than this one.

Having said that, the question becomes, is the 29-year-old capable of repeating his performance from last season?

If so, he’ll attract many suitors when he becomes a free agent next year. If he can’t repeat his performance, it’s a guessing game as to what type of money and demand Mozgov will attract in the near future.