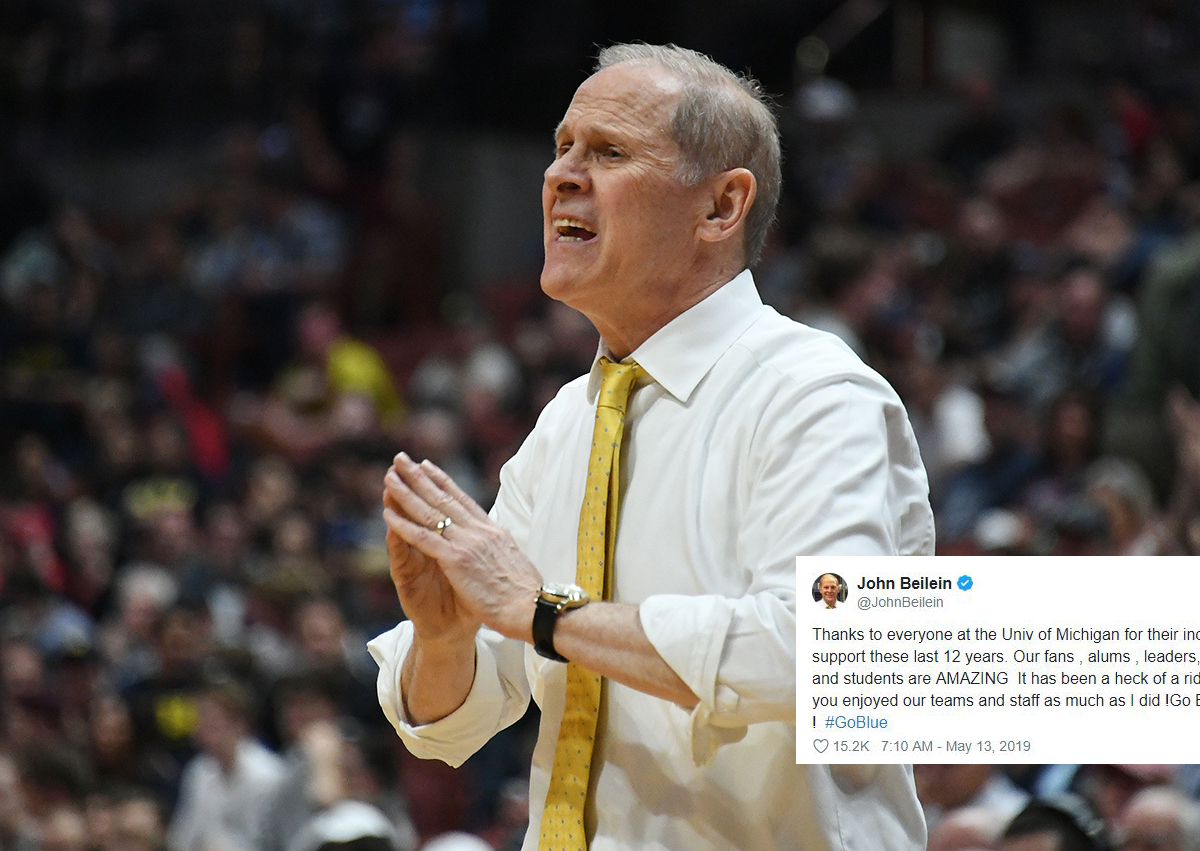 Before he dons the Wine and Gold for the first time, however, Beilein took a moment to thank the Maize and Blue of the University of Michigan for the past 12 years of his career.

Thanks to everyone at the Univ of Michigan for their incredible support these last 12 years. Our fans , alums , leaders, players and students are AMAZING It has been a heck of a ride and I hope you enjoyed our teams and staff as much as I did !Go Blue Forever ! #GoBlue

Beilein is beloved in Ann Arbor thank to the fact that he took a relatively forgettable program and turned it into a relative powerhouse. During his tenure at Michigan, Beilein won two Big Ten Tournaments, two Big Ten regular season titles, advanced to the Final Four twice, and made a handful of other deep NCAA Men’s Basketball Tournament runs.

It is surely a sad day for fans of the Wolverines, but their loss is the Cavs’ gain.

While Beilein has not yet coached at the professional level in his career, he has become known for his ability to draw up effective offensive plays, focusing on the 3-pointer to score in bunches. He has also excelled at developing talent throughout his career.