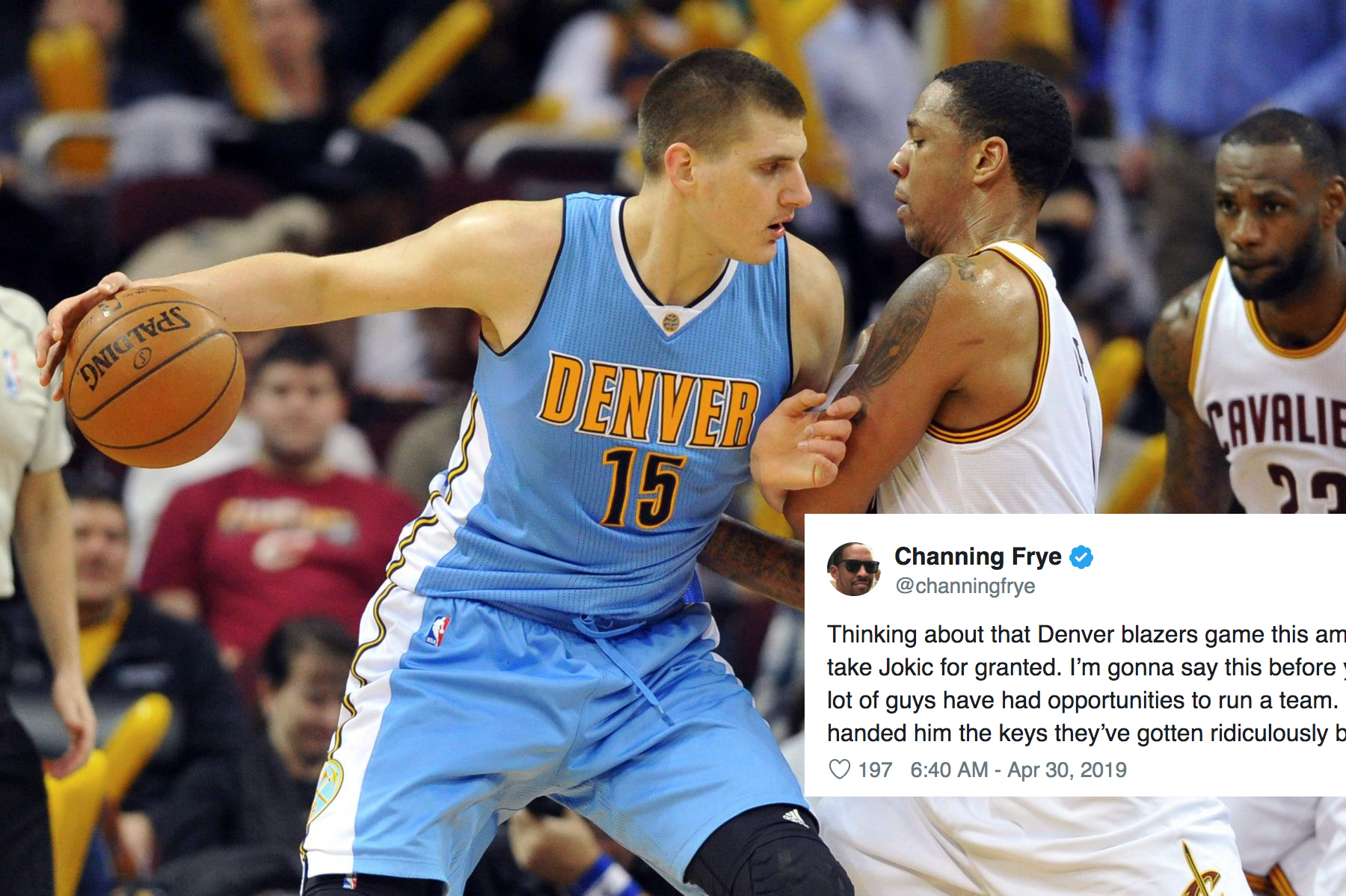 Frye just retired, after spending the year with the Cleveland Cavaliers. Now at home watching the playoffs, he recently had some thoughts about Jokic that he wanted to share.

Following Denver’s victory over the Portland Trail Blazers in Game 1 of the Western Conference semifinals, Frye tweeted that some take Jokic’s brilliance for granted.

Thinking about that Denver blazers game this am. I have to say we take Jokic for granted. I’m gonna say this before y’all yell at me. A lot of guys have had opportunities to run a team. But when Denver handed him the keys they’ve gotten ridiculously better every year!

Frye’s statement came following a superstar performance by Jokic against the Blazers. He tallied 37 points on 11-of-18 shooting, with nine rebounds, six assists, three steals, and two blocks.

This is the first year that Jokic has been in the playoffs. So far, he’s been impressive, averaging 24.9 points, 11.8 rebounds and 8.8 assists per game in eight postseason contests.

The four-year veteran is the primary reason that the Nuggets made the playoffs for the first time since the 2012-13 season.

Jokic’s stellar play, which will likely earn him a spot on an All-NBA team, propelled the Nuggets from a lottery team a year ago to the second seed in the Western Conference this year.

The star center is only 24 years old, so it’s safe to say that he’ll only get better from here. And it sounds like Frye will enjoy watching that.