Patrick McCaw Explains Why He Left Warriors to Join Cavs 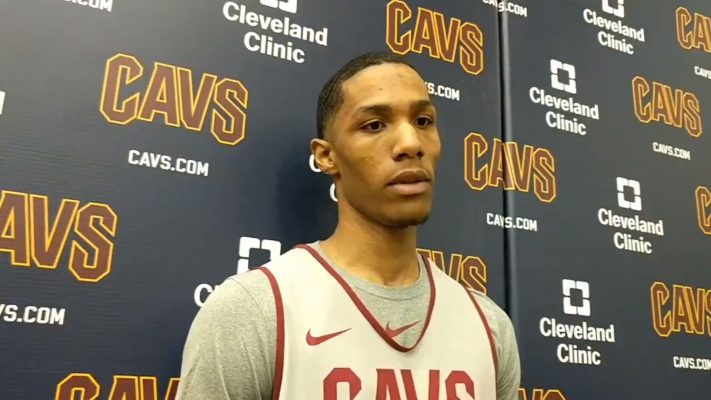 Patrick McCaw made it clear in recent months that he didn’t want to stay with the Golden State Warriors, the team that drafted him in the second round of the 2016 NBA Draft.

McCaw rejected the qualifying offer from Golden State over the offseason, which made him a restricted free agent. He then rejected the contracts that the Warriors offered him, sending a message to the team that he wished to play elsewhere.

On Sunday, he became a member of the Cleveland Cavaliers, after signing a two-year, $6 million offer sheet that the Warriors chose not to match. The contract is fully non-guaranteed.

On Monday, he was at Cleveland’s practice facility, taking the court with his new team, and answering questions about why he left Golden State.

"I just wanted a new opportunity to move on."

Patrick McCaw has no ill-will towards Golden State, says he loved playing for the Warriors organization. Bet on himself and #Cavs came calling. pic.twitter.com/WZsBo94hyP

“It was nothing against Golden State,” McCaw said. “The front office, coaches, players, the environment, it had nothing to do with any of that. It was just a personal thing, and I just wanted a new opportunity to move on.”

We may never fully know what transpired with McCaw and the Warriors, but that’s in the past now. He’s clearly excited to join the defending Eastern Conference champions, and start the next chapter of his career.