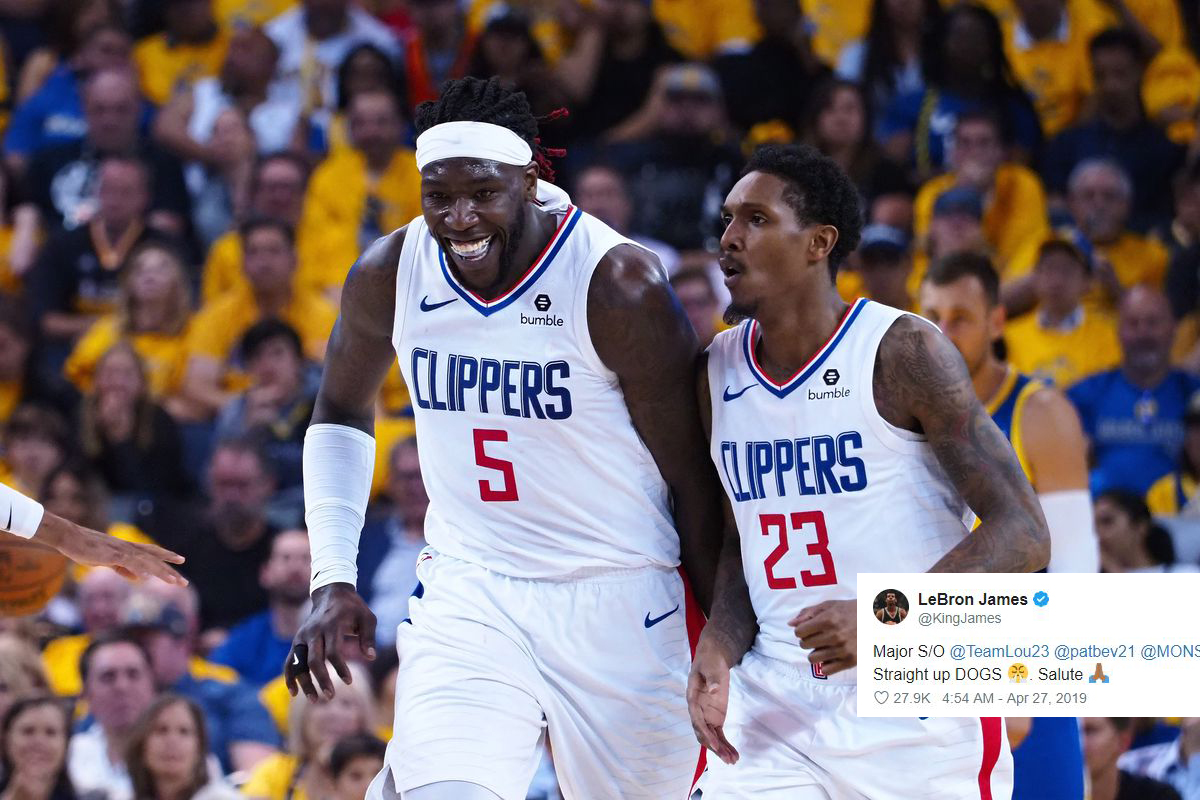 LeBron James knows how good the Golden State Warriors are.

He witnessed it firsthand, when he led the Cleveland Cavaliers to four consecutive NBA Finals appearances against the Warriors from 2015 to 2018.

So it’s understandable that James was impressed with the Los Angeles Clippers for the team’s first-round showing against Golden State. The Clippers were the eighth seed, and not given much of a chance against the juggernaut Warriors.

However, the Clippers pushed the Warriors to six entertaining games. And James, now with the Los Angeles Lakers, took to Twitter to point out how impressive the performance was.

The four-time MVP specifically mentioned Lou Williams, Patrick Beverley and Montrezl Harrell, the three stars of the series for the Clippers. All three were instrumental in taking two games from the defending champion Warriors.

While James saluted the Clippers now, he’ll be battling them in the future.

Not only are the Clippers and Lakers crosstown rivals, but they’ll both be competing for some of the biggest free agents in the league this summer.