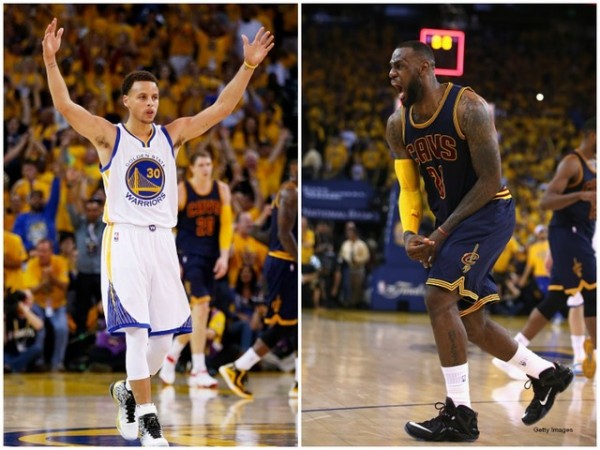 When the 2015-16 NBA schedule was first announced four months ago, the Christmas Day matchup between the Cleveland Cavaliers and Golden State Warriors was pointed to as a must-see game, given the fact that both teams battled in a back-and-forth NBA Finals that went to six games before Golden State emerged with the Larry O’Brien Trophy.

Nothing has really changed since, to diminish that projection, with the Cavaliers currently at 19-7 and the Warriors having lost just once in 28 contests. Both records are the best in their respective conferences, with the Cavs having won their last six and Golden State their last three after starting out 24-0 for the year.

Cleveland head coach David Blatt is seeking to balance the perspective of what the game means:

One thing that has changed is that the Cavaliers are finally at full strength after having played without guards Kyrie Irving and Iman Shumpert for much of this season. Irving missed the last five games of the Finals after fracturing his kneecap in Game 1, while Shumpert was diagnosed with a wrist injury on the first day of training camp.

Throw in the fact that Kevin Love is also healthy for Cleveland and the main debate surrounding the result of last year’s Finals resurfaces. The Cavaliers were forced to play the Warriors without Love and without Irving for those last five games, with Cavs fans believing that those absences proved to be the ultimate difference.

After being forced to watch the Finals last season, Love is looking forward to competing:

“We get to see where we stack up against the best team,” said Love. “They have the best record, they’ve played the best and they’re very hungry even after having won last year in the Finals. So, it’s going to be a chance for us to compete, see where we’re at and hopefully go out there and have a great showing.”

Ironically, it’s the Warriors who are the more banged up squad, with Harrison Barnes out with an ankle injury, and Stephen Curry coming off a game where he was kneed in the calf.

Irving’s presence will be especially important, given the fact that he’ll be matched up against Curry, who has gotten off to another strong start. In Game 1 of the Finals, the game had gone into overtime when Irving went down for the season, an indication of just how close these two players are talent-wise.

Of course, the biggest presence for Cleveland will be LeBron James, who came close to winning MVP honors in the Finals, even in a losing effort. How he performs will be a pretty good litmus test on the Cavs’ chances, since he won’t be matched up against Barnes. Starting instead will be Brandon Rush, who’s currently averaging 5.2 points and 2.9 rebounds.

Despite the hype for this game, James is keeping it in perspective:

“The memories will come back as soon as we walk into the building,” said James. “But also understand that it’s one of 82, and I’m not going to put everything into this game. We want to play well, going against a great caliber team, the best team in our league right now, but it’s not like the season ends if we lose or if we win, or whatever the case may be.”

Shumpert figures to see plenty of action given that Curry’s backcourt partner is Klay Thompson, who can explode offensively. Conversely, Shumpert showed in Wednesday night’s victory over the New York Knicks that his defense is just as good as it’s always been.

Definitely remembering the feeling of coming up short in the Finals, Shumpert is motivated for the contest:

“I can’t speak for everybody else. It plays a part,” Shumpert said of the Finals loss. “But we’re going to come out and approach the game like we approach all games. But, I’m salty. I am.”

Last season’s two regular season games didn’t offer much of a glimpse of what might take place on Friday. The first game at Golden State saw Cleveland without James and Timofey Mozgov playing in his first game with the team. In the rematch in Cleveland, the Cavs took control early and were never really challenged, something that likely won’t take place this year.

Even if the Cavaliers win, they have little time to celebrate since this contest is the first of a four-games-in-five-nights onslaught for the team. They travel to Portland for a Saturday night clash.