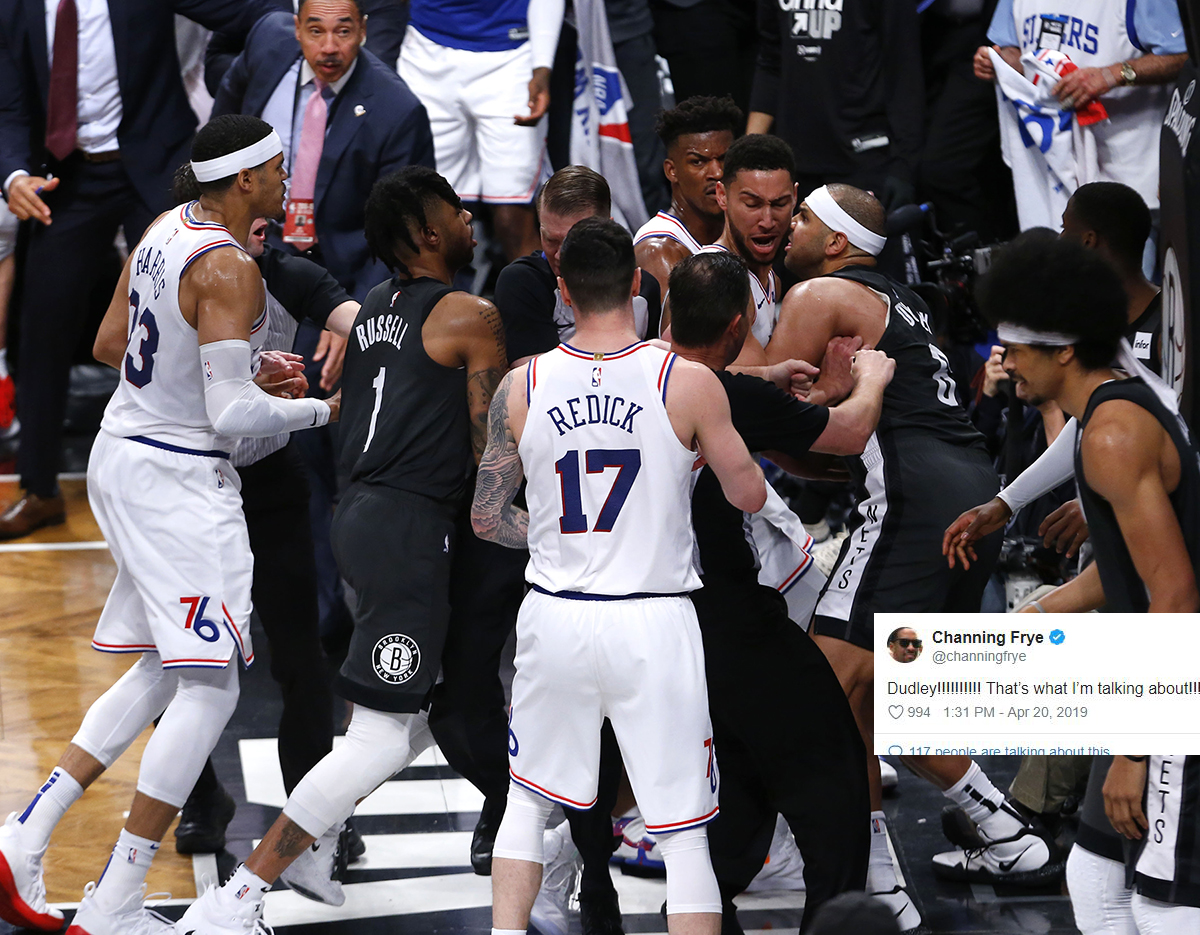 While former Cleveland Cavaliers forward Channing Frye’s career ended with his retirement last week, his interest in the game hasn’t.

That’s evident from his brief social media post about the ejection of former teammate Jared Dudley, who now plays for the Brooklyn Nets.

Dudley’s Nets were involved in a heated first-round playoff game against the Philadelphia 76ers on Saturday afternoon. During the Game 4 clash, Sixers center Joel Embiid aggressively fouled the Nets’ Jarrett Allen and was then pushed by Dudley.

That led the 76ers’ Jimmy Butler to push Dudley, which led to a scuffle that spilled into the stands at Barclays Center in Brooklyn. For their actions, Dudley and Butler were ejected and Embiid was assessed a flagrant foul.

Jared Dudley vs. EVERYBODY pic.twitter.com/FIvi0NOdOJ

Philadelphia went on to win their tight battle with Brooklyn, giving them a 3-1 advantage in the series. They’ll look to send the Nets home on Tuesday night in Game 5 in Philadelphia.

Dudley and Frye played together with the Phoenix Suns for three seasons from 2008 to 2012, with Dudley also playing the 2012-13 campaign for Phoenix. During that season, Frye was forced to miss the entire year because of health issues, but returned the following year before then leaving as a free agent following the 2013-14 season.