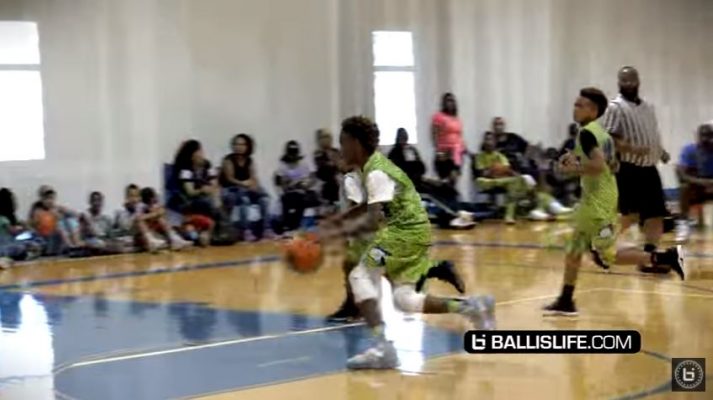 The continued development of LeBron James Jr. has been a source of fascination over the past few years, even though he’s currently only 12 years old. That progress has been aided by play in AAU leagues and basketball camps, with the latter aspect providing the most recent highlight.

Those efforts at the D-Rich TV Camp last weekend in Tallmadge, Ohio, show the son of Cleveland Cavaliers forward LeBron James working in tandem with 13-year-old Canadian player Elijah Fisher. James displayed outstanding passing skills and also showed a knack for being able to drive to the basket.

Despite the fact that James Jr. is still years away from heading off to college, he reportedly already has a few scholarship offers. That’s a testament to his current ability and potential that he’s still only scratched at this point in his young life. Should his father complete his playing career with the Cavaliers, it’s a near certainty that James Jr. will be playing for St. Vincent-St. Mary High School in nearby Akron. The school’s gym, known as LeBron James Arena, is named in honor of his father, who donated $1 million for its renovation that was completed in 2013.