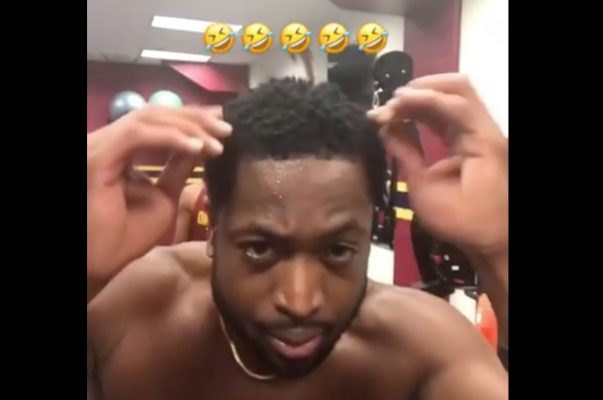 LeBron James‘ hairline has been a long discussed topic amongst fans. In recent seasons, he has tried several different approaches to cover up and treat his fast-receding hairline.

On Friday, James asked fans via his Instagram story why newly acquired Cleveland Cavaliers guard Dwyane Wade gets to enjoy his strong hairline while he’s left to try and cope with his own.

“What I was trying to say is why can’t I just velcro this off and put it on top of here,” he said as he motioned to his beard.

Earlier in the offseason, a similar Instagram video left fans wondering if James had accepted his changing hairline and decided to shave his hair off completely. Based on this video, however, it looks like James is still searching for the cure to male pattern baldness.