Report: Cavs Would ‘Gladly’ Trade for Gordon Hayward This Offseason 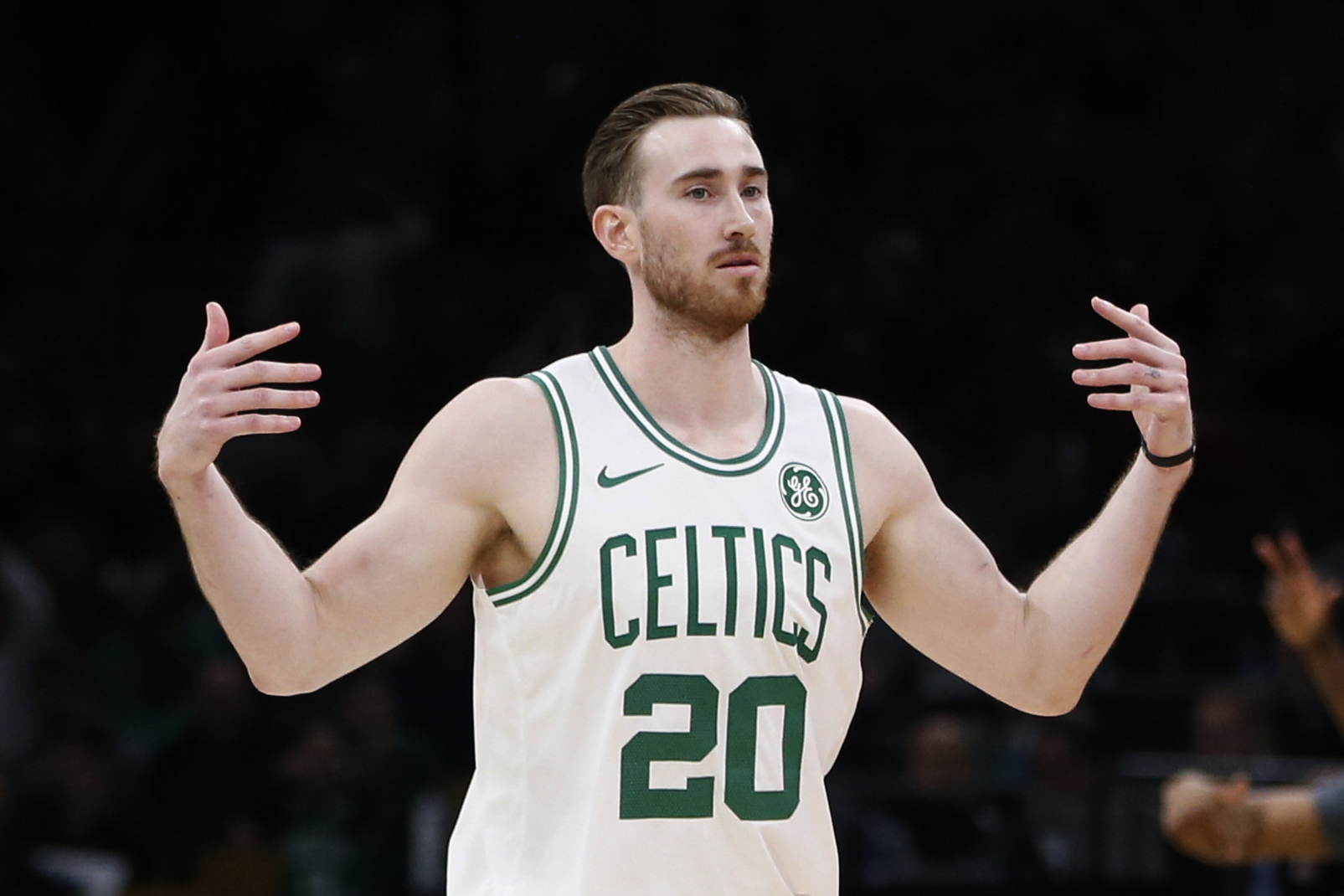 The Cleveland Cavaliers are reportedly keeping a close eye on Boston Celtics swingman Gordon Hayward as the summer approaches.

Cleveland.com’s Chris Fedor listed the Celtics as one of the Cavs’ many potential trade partners in a deal which would include disgruntled Cavs shooting guard J.R. Smith:

“The Cavs would gladly take the polarizing Hayward, who was an All-Star in Utah before his horrific leg injury. He would be the main prize, the exception to Cleveland demanding a draft pick or ascending player on a rookie deal. Hayward is healthy now and will have a full off-season to try to regain his old form, possibly giving the Cavs another piece to accelerate their timeline. Put Hayward, 29, alongside Kevin Love, Collin Sexton and the duo added in Round One and suddenly Cleveland has the look of a playoff team.”

However, Fedor notes that Boston would only consider dealing Hayward if he doesn’t fully recover and regain his pre-injury form this summer. Hayward has made strides throughout the course of this season, but is yet to showcase the elite athleticism he possessed before going down with the injury.

Additionally, if Kyrie Irving were to leave and the Celtics were to lose out on the Anthony Davis sweepstakes, Celtics president and general manager Danny Ainge could look to potentially unload Hayward’s hefty contract along with a few other players.

But this hasn’t stopped the Cavs from being active and fielding calls vis-a-vis Smith. Cavs general manager Koby Altman confirmed last Friday that his team has already made and received phone calls for the 33-year-old.

The Celtics are currently in their first-round playoff matchup against the Indiana Pacers, with the Celtics leading the series, two games to none. However, if Boston gets bounced out before the NBA Finals or conference finals, things could get very interesting this summer.

Hayward signed with the Celtics in the summer of 2017, shortly after the Celtics and Cavs made the blockbuster trade that sent Kyrie Irving to the former and Isaiah Thomas to the latter.