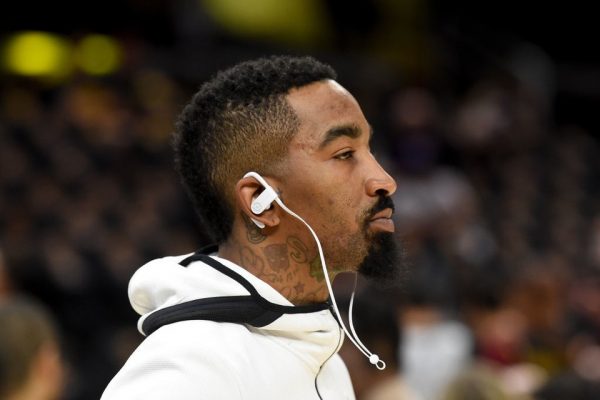 According to Chris Fedor of Cleveland.com, Brock Aller of the Cleveland Cavaliers’ front office has compiled a list of 15 NBA teams that could potentially emerge as suitors for disgruntled shooting guard J.R. Smith.

Shortly before the NBA trade deadline back in February of this year, the Cavs received a number of calls about Smith. However, members of the team’s front office felt it would be best to wait until this summer in order to potentially receive better offers.

Now that the Cavs’ season is over, the team has been receiving calls once again. Last Friday, Cavs general manager Koby Altman weighed in on the current situation with regards to moving Smith.

“We have a trade chip in JR Smith, and his contract, where we can take on some money that other teams are trying to get some cap relief from,” said Altman. “We are actually the only team in the NBA that can provide guaranteed cap relief until July 1.

“We can guarantee that right now and we actually had a phone call (Thursday) on that trade chip, so, we’re going to keep on being aggressive adding those assets because we do eventually want to consolidate and be really good at some point.”

Moving Smith may necessitate the Cavs taking in bad money, though. Smith is not necessarily a coveted player at this point in his career. He has not played organized basketball since last November, will be turning 34 this year, and is coming off two of the worst seasons of his career.

However, if there is one silver lining for the Cavs, it’s that Smith has a unique contract (signed in 2016 under the old Collective Bargaining Agreement), which allows the Cavs to take back a high-priced salary (more than $15 million) while the other team is only on the hook for $3.8 million. This could provide teams with an opportunity to either guarantee salary going into free agency or climb out of the luxury tax.

In return, the Cavs would most likely seek a first-round pick, preferably one near the lottery.

Smith initially made his trade request back in November 2018, just a few games into the regular season.