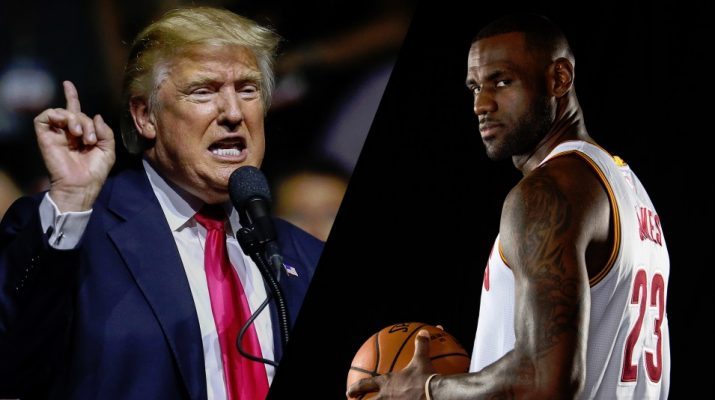 Hayden Grove of Cleveland.com tweeted out a video of James being asked about Trump’s response concerning crude remarks the businessman had made about women in 2005. While acknowledging the validity of the comments, Trump had tried to dismiss the comments as “locker room talk.” James took issue with that assessment, referring to Trump’s comments as “trash talk.” In referencing the businessman on multiple occasions, James only referred to him as “that guy.”

Those comments are one of many from athletes in many different sports who’ve complained about such a characterization.

In each of the past three presidential elections, James has endorsed the Democratic nominee. In both 2008 and 2012, James endorsed Barack Obama.