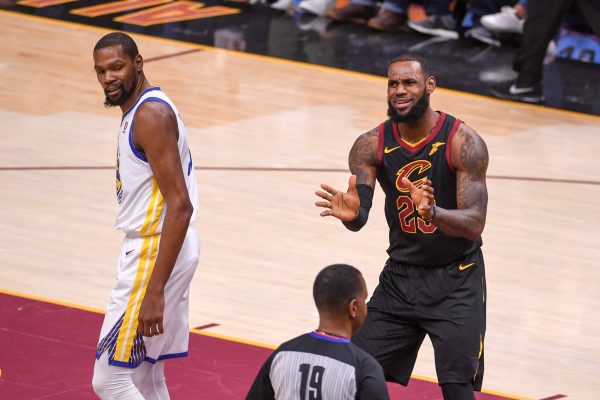 Durant, 30, listed Michael Jordan, Kobe Bryant, Shaquille O’Neal, Hakeem Olajuwon and Magic Johnson as the five best players to ever hit the hardwood. While all the greats on that list are spectacular, it’s hard to defend James not being on the same level as those superstars.

As a matter of fact, many people around the league already view James as the best player ever. For Durant not to give the Cleveland Cavaliers icon a spot on the list is preposterous and puzzling. In fact, Durant’s teammate Stephen Curry recently revealed that the Lakers juggernaut is in his top five.

Over the course of his career, James has averaged 27.2 points, 7.4 rebounds and 7.2 assists per game. On top of that, the veteran has earned three championships and three Finals MVP awards while going to the NBA Finals for eight straight years.