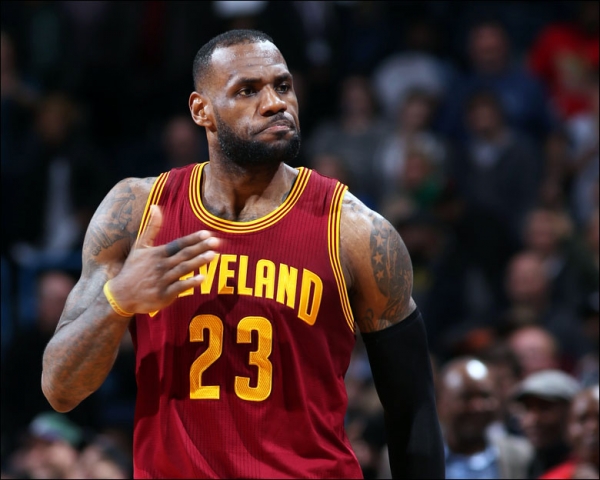 The Cavaliers entered the night needing a win against the Bucks or a loss by the Chicago Bulls to lock up the second seed in the Eastern Conference. With the Bulls head-scratching loss to the Orlando Magic, the Cavaliers locked up the two seed halfway through the third quarter.

Despite this, the Cavs starters played a majority of the minutes in a game that had all the physicality and tension of a playoff matchup.

As the game tipped off, the Cavs combo of LeBron James and Kevin Love set the tone for the team, recording a combined 17 points and seven rebounds in the first quarter. Kyrie Irving on the other hand, filled the role of facilitator early on, dishing out five assists to start the game.

Irving quickly made the transition to primary offensive threat in the second quarter, scoring 17 points on 5-7 shooting, including a perfect 4-4 from three-point range.

The Bucks were able to hang in the game though, due in large part to the 11 turnovers by the Cavs in the first half. Lackadaisical play by the Cavs undid much of the good work they accomplished on the offensive end.

Taking advantage of the many opportunities gifted to them, Michael Carter-Williams and Zaza Pachulia were able to keep the Bucks in the game with a combination of mid-range shooting and strong post up play.

Coming out of halftime, the Cavs took to the court with renewed purpose, starting the third quarter on a 9-2 run that extended their lead to 15.

In response, the Bucks turned up the intensity on both sides of the ball, and were able draw even over the course of the third quarter.

The Cavs battled back in the fourth quarter behind a strong defensive effort from LeBron and Iman Shumpert who took turns putting Carter-Williams on lockdown, stagnating the Bucks offense, and giving the Cavs some breathing room.

With scrappy effort and a lot of luck, the Bucks clawed their way back to pull within two with under a minute to go.

As he had done all night, King James approached the final possession calmly and methodically…and drained a step back three in the face of the defense to seal the victory.

Despite locking up the two seed, the Cavs aren’t allowing themselves to get complacent as the season winds to a close.

“I’m very proud, but not satisfied,” LeBron told reporters after the victory. “Playoffs start next week. We’ll have to turn on another switch.”

The Cavaliers’ focus now turns primarily to the playoffs, and the tradeoff between rest and rhythm begins.

“We will seek out opportunities to give guys a little bit of rest, but we will not be looking to shut down anyone,” coach David Blatt said at shootaround on Wednesday. “We need to keep guys ready. Our first priority is to stay sharp.”

What does this mean for the Cavs minutes allocation going forward? It’s hard to say. There’s not a lot of history to go off of with a first year NBA coach, but expect the “Big Three” to start winding down the minutes a bit in preparation for the slog that awaits.

To end the night, here is more of J.R. Smith being the best.