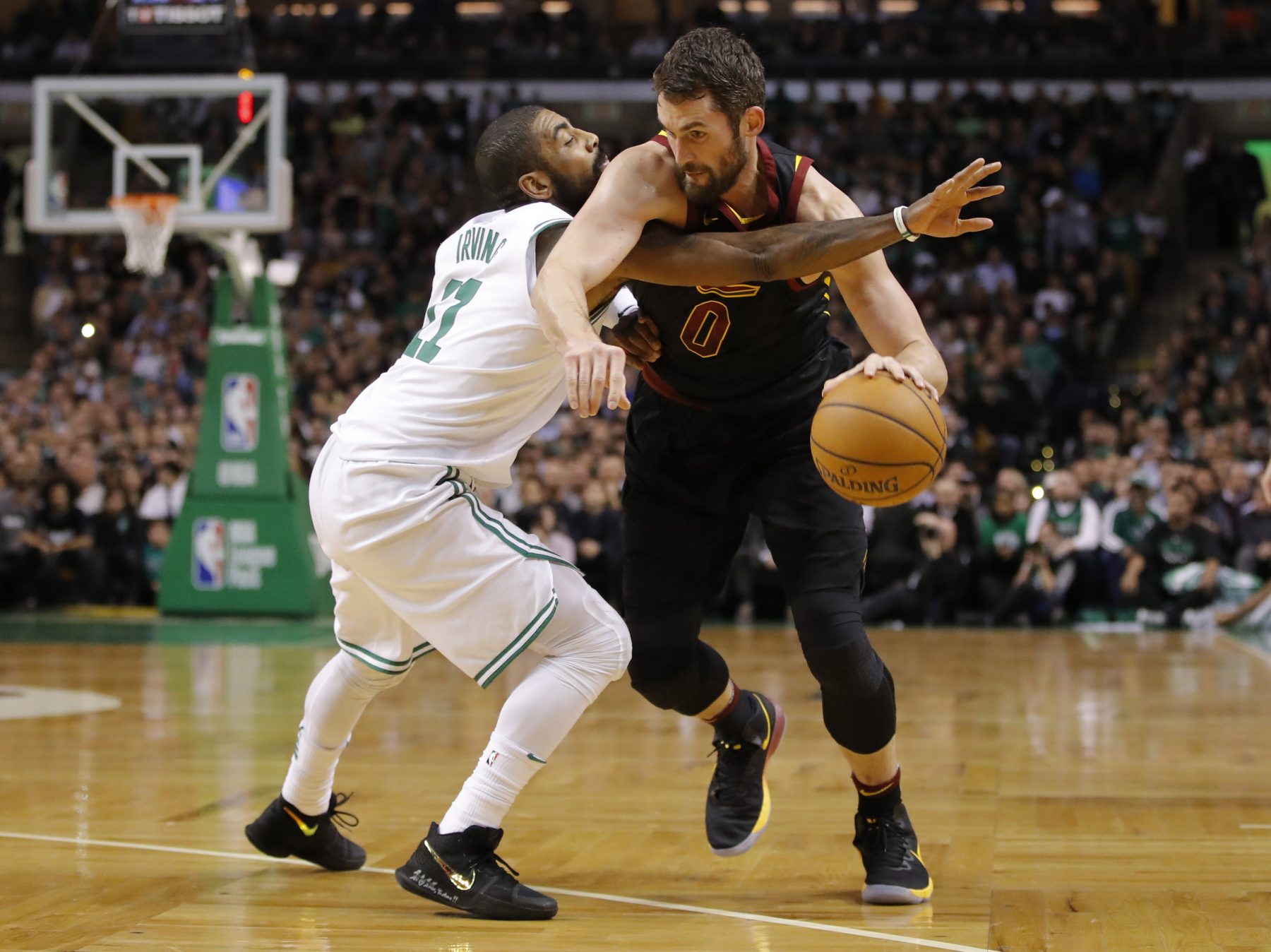 Although Boston Celtics guard Kyrie Irving has a special place in Cleveland Cavaliers history, many people around the organization aren’t fond of honoring the former Cavs star.

According to Joe Vardon of The Athletic, certain Cavs players didn’t think Irving was deserving of a tribute video when he first returned to Cleveland at the onset of the 2017-18 season:

“So, no, the Cavs didn’t show the video. At the time, a team spokesman said the decision wasn’t directly tied to Hayward’s great misfortune, but ‘we were expecting to run it at a floating opportunity based on the right moment, and we felt that moment never presented itself.’ There were Cavs players who were upset that the organization had planned to air it in the first place, but those concerns weren’t necessarily the reason the video didn’t run either.”

Irving, 27, was drafted by the Cavs with the No.1 overall pick in the 2011 draft. In his first six seasons with the franchise, the 6-foot-3 pro accumulated multiple awards, went to numerous NBA Finals, and played a major role in securing the team’s 2016 championship.

Yet, the success wasn’t enough to keep Irving from demanding a trade.

In the summer of 2017, the Cavs dealt the Duke University product to the Celtics in exchange for Isaiah Thomas, Jae Crowder, Ante Zizic and a couple of draft picks, one of which turned into rookie Collin Sexton.

While Irving had a huge hand in helping the Cavs reach prominence, his trade request and abrupt departure left a bad taste in many people’s mouths. Recently, the veteran said returning to Cleveland means nothing with him.

In fact, Irving has only been to Quicken Loans Arena once despite getting traded over 18 months ago. The lack of appearances has bothered former teammates, including big man Kevin Love.