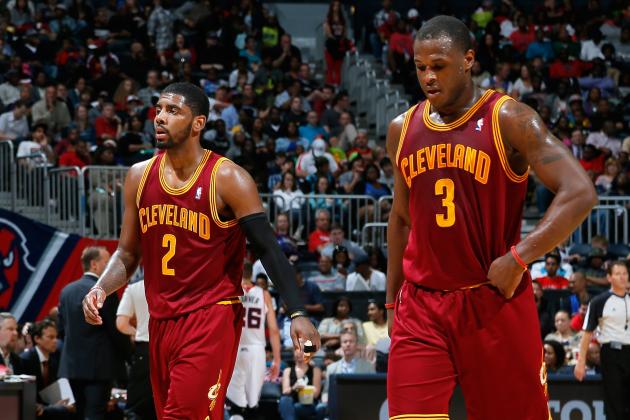 After scoring just 11 points in Tuesday night’s 101-82 loss to the Portland Trail Blazers, Cleveland Cavaliers forward LeBron James made some eyebrow-raising comments about why he didn’t try to take greater control when the game was still in question.

The comments, according to the Cleveland Plain Dealer, were the result of James being asked why he took just six shots in the final three quarters after scoring nine points in the opening 12 minutes. He finished with just 11 points, his lowest point total since 2008, and his second half shutout marked only the second time in his NBA career he had been blanked following intermission.

“I’m trying to do other things, to try to instill what it takes to win,” said James. “My mission is not a one-game thing. We have to do multiple things to win.”

“I think a lot of people get it misconstrued on what it takes to win, you know just scoring or just going out and trying to will it yourself,” he added.

James went on to say, “There’s a lot of bad habits (that have) been built up the past couple years. When you play that style of basketball, it takes a lot to get it up out of you.”

Marion agreed with James, saying “we’re losing individually right now.” He said the “ball is sticking too much” on offense and better defense was needed, too.

In making the comments, James was no doubt making references to the starting Cavalier backcourt of point guard Kyrie Irving and shooting guard Dion Waiters, who shot a combined six of 28 from the field on the night. Meanwhile, the two Portland starters they were covering combined to score 48 points, including Damon Lillard (Irving’s man), who tallied a game-high 27 for the evening.

The article notes that on the opening possession of the second half, Lillard was able to easily drive down the middle of the lane for a dunk. James then gave Irving, followed by the Cavalier bench a disgusted look.

One other comment from James that clearly pointed to the change of atmosphere he’s trying to instill was when he said, “A lot of guys that are going to help us win ultimately haven’t played a lot of meaningful basketball games in our league.” Irving and Waiters have yet to reach the postseason, though in fairness, the same could be said of Kevin Love.

In truth, the public calling out of Irving (as well as Waiters) should not be surprising, considering it was predicted by James’ former Miami Heat teammate Mario Chalmers last month.

How the Cavaliers will react to those comments won’t take long, since they will be in Salt Lake City tonight to face the Utah Jazz in a game set to tip off shortly after 9 p.m. Eastern.