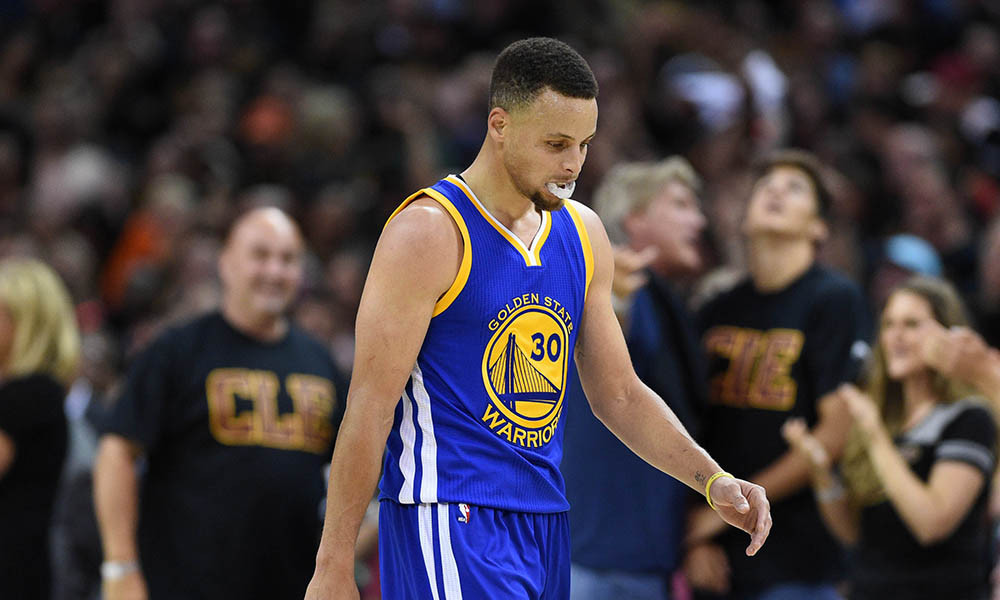 Stephen Curry had plans to smoke a special cigar after a 2016 NBA Finals victory, but the Cleveland Cavaliers forced him to wait an entire year to light the stogie when they came back from being down three games to one to win their historic championship.

Per Tom Reed of The Athletic, the two-time MVP had a cigar ready to go for a Game 7 victory over the Cavs, but ultimately had to store it and wait until the following season to enjoy it.

“As Brock Aller distributed cigars in the visitors locker at Oracle Arena in 2016, Stephen Curry quietly made plans to save his for another time,” Reed wrote.

“The Warriors guard had a special stick picked out for the occasion, but the Cavaliers ruined it by completing a history-making comeback from a 3-1 series deficit.

“Instead of discarding the smoke, Curry said he gave it to a friend and asked him to store it for a year. It became one of the best stories of delayed victory cigar gratification in sports history.

“Curry regained possession of the stogie and NBA title on June 12, 2017, as the Warriors beat the Cavaliers in five games. He not only lit the stick but also walked to center court and appeared on NBA TV smoking it.”

In a hilarious twist of fate, on the other side of the court, Oracle Arena security had tried to keep Cavs shooting guard J.R. Smith from enjoying his own stogie, but to no avail.

In the end, Curry would of course get to smoke that fateful cigar the next season when the Warriors defeated the Cavs in five games in the 2017 NBA Finals.

After the game, Curry admitted that he had been waiting quite some time to enjoy it.

“I’ve been waiting a whole year to smoke this,” Curry said. “So I’m going to enjoy every last bit of this butt.”

Surely that cigar was a memorable one for Curry, but there’s no doubt that the victory cigars smoked by the Cavs a year earlier had tasted quite a bit sweeter.