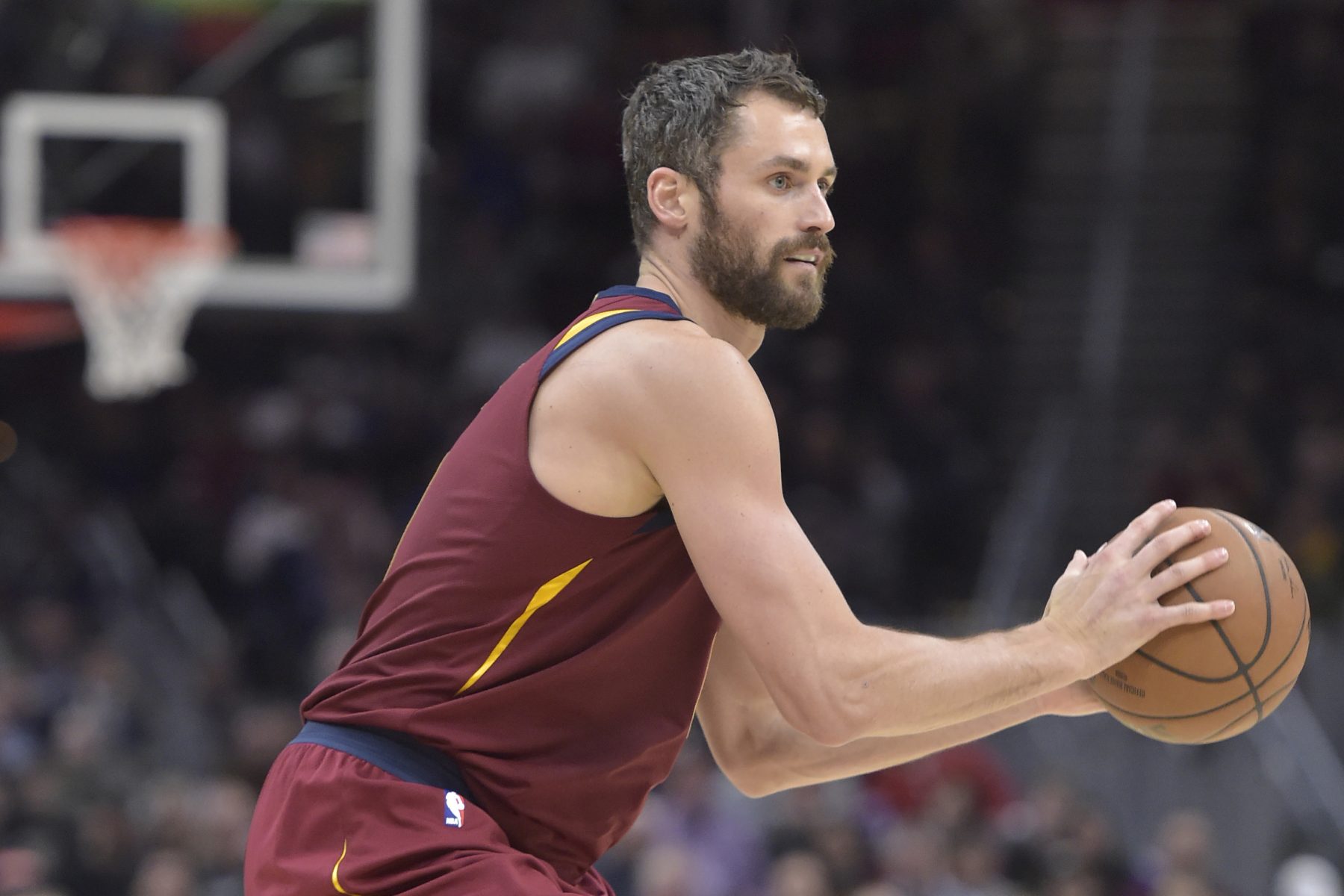 Cleveland Cavaliers forward Kevin Love had a scary moment in Wednesday’s game against the Milwaukee Bucks.

Love collided with Bucks guard Eric Bledsoe near the end of the first half and banged his head.

#Cavs Kevin Love banged heads with Eric Bledsoe late in the first half. He walked to the locker room at halftime after staying in the game for the last few possessions. But then appeared to pull his jersey off as he walked off the floor.

Love has a history of concussions, but stayed in the game until halftime. Despite appearing wobbly to reporters at the game, Love started the third quarter for the Cavs.

However, Love left the court and returned to the Cleveland locker room shortly after the start of the second half.

The team is evaluating Love in the locker room, and he is listed as questionable to return.

#Cavs say Love is being evaluated and his return is questionable.

Love has had a season full of injuries. He has dealt with an injured foot and a sore back, and has missed 55 games this year.

He will likely enter concussion protocol after the game. It wouldn’t be surprising if he misses Friday’s game against the Los Angeles Clippers.

The five-time All-Star is averaging 18.3 points, 11.2 rebounds and 2.3 assists per game this season. He is shooting 38.0 percent from beyond the arc.

This is just another hit for a Cleveland team that has dealt with injury issues all year. They entered Wednesday’s game with a record of 18-53.