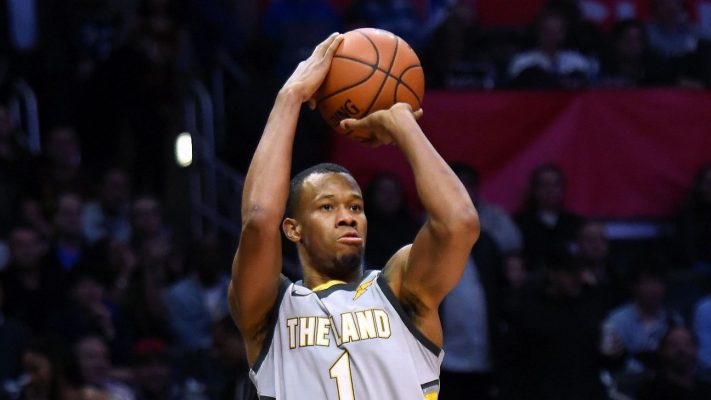 With much of the focus of the Cleveland Cavaliers currently on getting veteran forward LeBron James to re-sign with the team, the statuses of the team’s other free agents have stayed under the radar. When it comes to Rodney Hood, the Cavaliers are expected to take the first step toward possibly retaining him for next season.

Terry Pluto of Cleveland.com believes that the team will present a qualifying offer to Hood, who was acquired in February from the Utah Jazz. He offered some insight into the team’s decision:

“Hood is a restricted free agent. It will be fascinating to see what will be the market for the 6-foot-8 guard. He had a miserable experience with the Cavs. The team believes the 25-year-old Hood could thrive with a fresh start from day one of training camp. I expect they’ll give him the $3.4 million qualifying offer, meaning the Cavs will be in position to match any offer he receives from another team.”

As a restricted free agent, another team can offer Hood a contract that the Cavaliers must match. If they believe that the offer doesn’t match their opinion of his worth, they will lose him to that team.

During Hood’s four years in the NBA, the knock on him has been his lack of consistency. That was evident during his four months with the Cavaliers, which also included injuries that kept him out of the lineup. Some good performances were contrasted by on-court struggles.

One controversial moment during his Cavs tenure could potentially limit the number of teams seeking his services. That came during the Game 4 rout of the Toronto Raptors in May, when he declined to enter the game during the fourth quarter. The following day, he apologized to team general manager Koby Altman for the highly criticized move.

However, in the final two contests, Hood displayed the type of performance the Cavaliers were expecting when they acquired him, scoring a combined 25 points and grabbing 14 rebounds.

The fact that Hood turns 26 in October and gave hints of what he can offer the team makes the qualifying offer a relatively easy decision for the Cavaliers. A tougher choice will come if some team entices Hood with a contract that results in debate among the Cavaliers braintrust about his actual value.