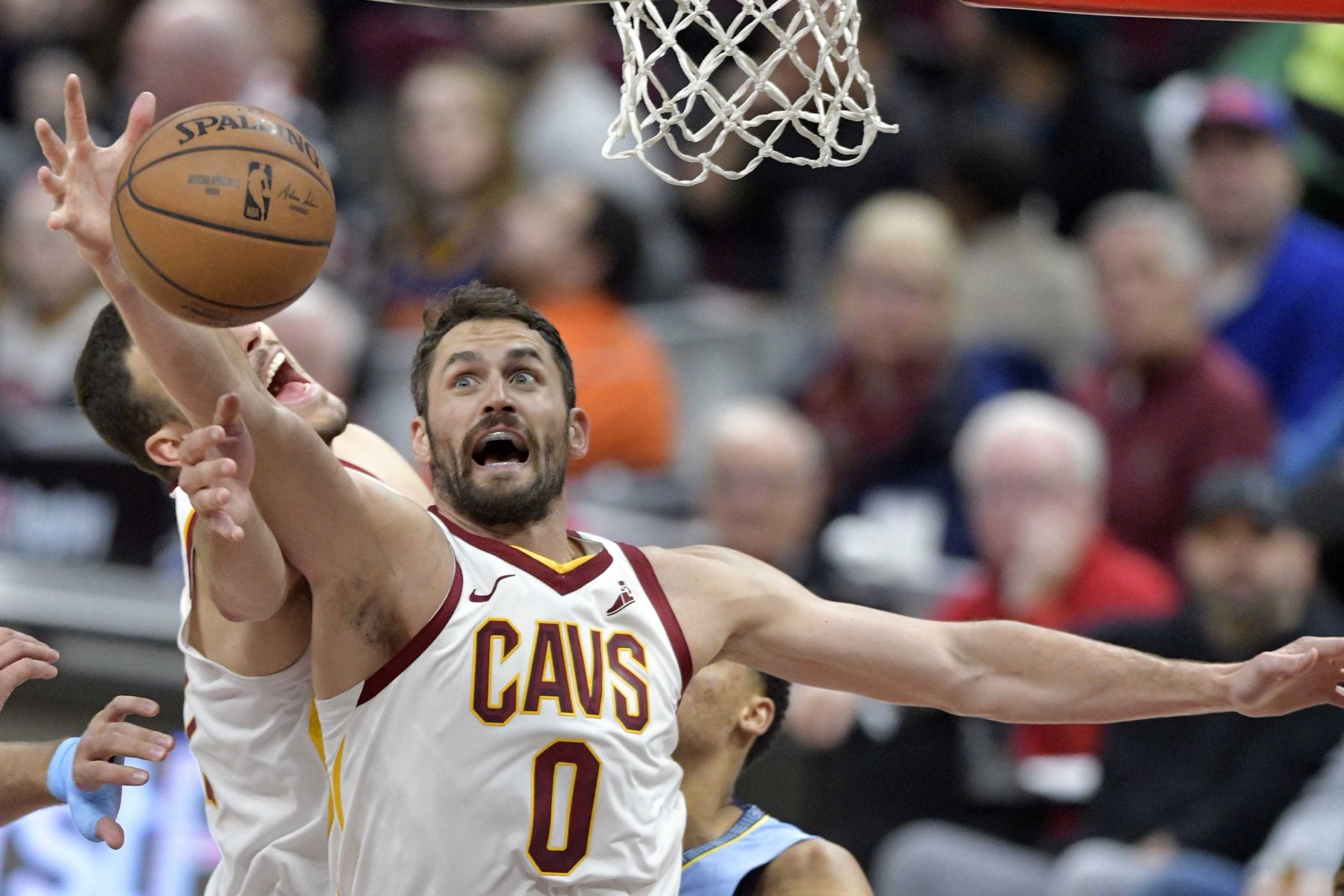 Cleveland Cavaliers big man Kevin Love had a huge game in Saturday night’s win over the Memphis Grizzlies, and it resulted in him climbing the ladder of the NBA’s all-time 3-point list.

It wasn’t until he told reporters this, that he learned that he had tied Richard Jefferson as well.

Kevin Love made it a point to tell us he passed Channing Frye on the NBA's all-time three point list again. He was ecstatic when I told him he tied Richard Jefferson in the process. #Cavs pic.twitter.com/hg1K0mXRs3

“I want this to be known that L.D. [Drew] came in with the ball tonight and said, ‘Congratulations to Kevin,’ and I said, ‘For what,’ and he said, ‘Well, you had already passed Channing last year, but now after sitting out, he came back, but now you passed him again.’ I said, ‘Yeah well now I’m never going to look back.'”

It was at that moment that a reporter told him he had also tied Jefferson on the list.

The video offers a great look at the camaraderie and competitiveness that Love feels with both current and former teammates.

It’s fantastic to see Love back in the locker room. Throughout the season, the young Cavs team has certainly missed his veteran leadership.

It’s impossible to know how the 2018-19 campaign would have fared if Love had not been forced to miss over two months due to injury, but the Cavs going 2-0 in their last two games indicate that there would be a few more checks in the win column.