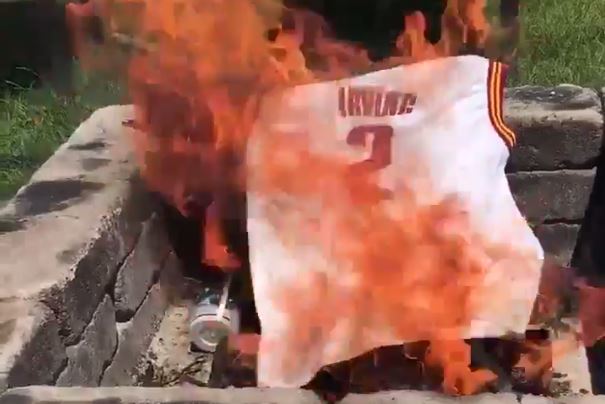 A trade sending Kyrie Irving to a different NBA team seems inevitable at this point after recent reports depicted just how badly the disgruntled point guard wants off of the Cleveland Cavaliers. As a result, the sentiment is beginning to transfer over to the Cavs faithful as well.

Fans are taking matters into their own hands, as videos of the ritualistic act of burning a former beloved player’s jersey are beginning to pop up on social media.

It’s never easy to say goodbye to a star like Irving, but it seems the fans are clearly ready to move on.