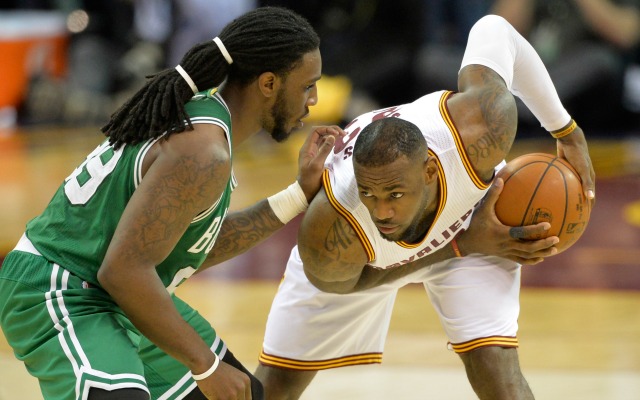 While the Cleveland Cavaliers’ haul from the Boston Celtics may have seemed to be centered around All-Star point guard Isaiah Thomas, many are now saying that the most important win-now piece of that deal is forward Jae Crowder.

That’s mostly due to the 27-year-old’s size, defensive prowess, and most importantly, his health. That’s in stark contrast to Thomas, who is currently dealing with a torn labrum and may return to the court as late as the All-Star break. According to Cleveland.com, Thomas is set to arrive Sunday and begin his rehab work with the team’s training staff and doctors on Tuesday.

Moreover, according to a source, the Cavs aren’t necessarily looking at Crowder as merely a backup for LeBron James:

“Coach Tyronn Lue is working on lineups with James and Crowder on the court together. While James can play any of the five positions on the court, Crowder can guard shooting guards, wings, and power forwards.

“It means the Cavs could go big with him, James, Kevin Love, and Tristan Thompson on the court, or, slide LeBron into the post with Crowder on the wing and either Love or Thompson at center.”

Crowder is on a team friendly contract, set to make just $22 million over the next three seasons and if all goes according to plan, he could be matched up against Kevin Durant of the Golden State Warriors come June.