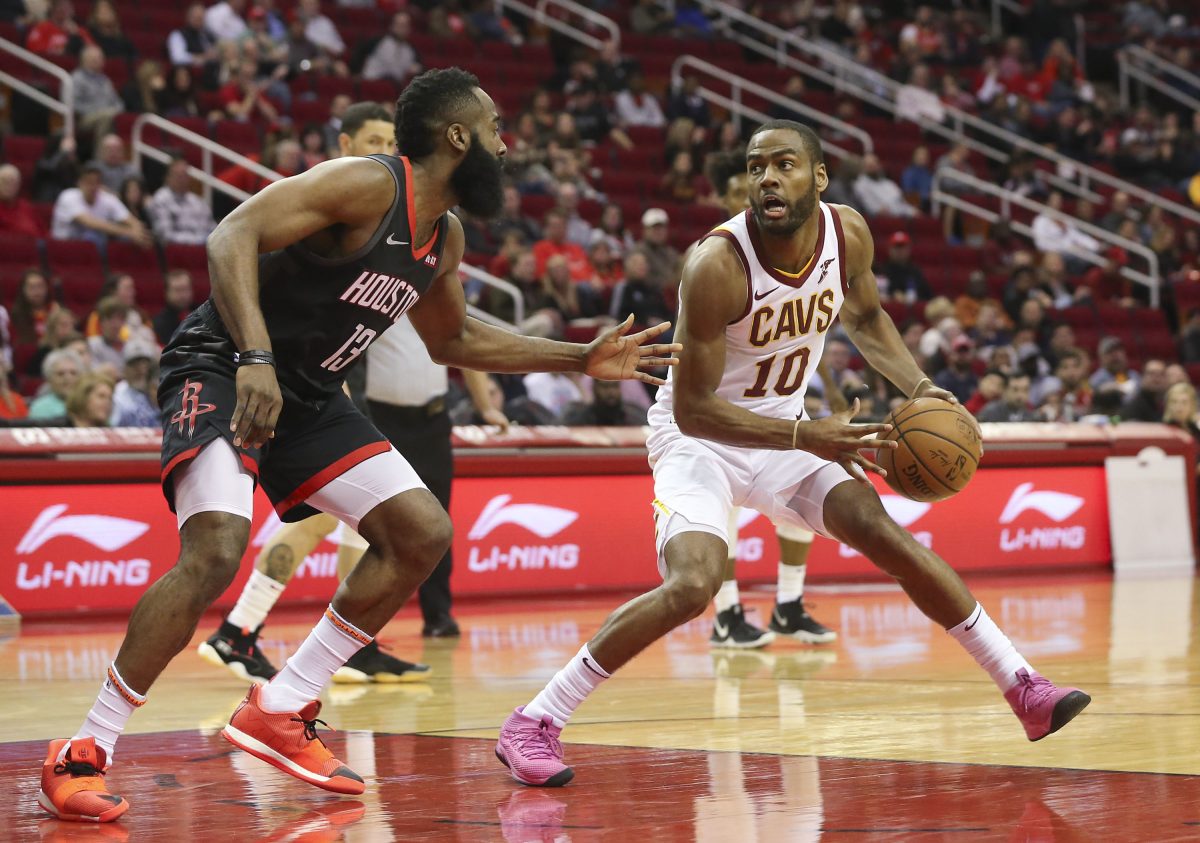 The brief Cleveland Cavaliers career of Alec Burks appears to be coming to an end with the NBA trade deadline coming on Thursday afternoon.

Reports now indicate that Burks will be dealt to the Houston Rockets, with the Cavaliers picking up a first-round pick in the process.

Jason Lloyd of The Athletic reported:

“Cleveland and the Houston Rockets remained engaged late Tuesday on a deal that would bring Brandon Knight and the Rockets’ first-round pick to Cleveland in exchange for Alec Burks, two league sources told The Athletic.”

Burks was acquired from the Utah Jazz in November for Kyle Korver, with the Cavs also picking up a pair of future second-round picks. Korver was originally acquired from Atlanta in January 2017 for what was supposed to be Cleveland’s first-round pick.

However, given the team’s horrendous performance this season, it figures to be among the bottom 10 in the league, barring a miraculous surge. That means the Hawks will only receive a pair of second-round picks in exchange for Korver.

Knight was made available, in part, because of his hefty contract, which is paying him $14.6 million this season. That willingness to take on what are perceived as bad contracts is part of the Cavaliers’ rebuilding strategy, with the team hoping to acquire as many future draft picks as possible.

“Knight is due $15.6 million next season, which would give the Cavs another hefty expiring contract next year to perhaps flip again,” Lloyd wrote.

The once-promising career of the 27-year-old Knight was short-circuited in 2017, when he missed the entire year as a member of the Phoenix Suns because of a severe knee injury. He was traded to the Rockets but has played in just 12 games this year. Thus the Cavaliers’ expectations on what he can contribute are limited.

Of course, since the deal isn’t finalized, the Rockets could change their mind and seek to deal Knight to another team. The Cavaliers will also continue to look elsewhere as they seek to rebuild a team that now stands at 11-43 on the year.