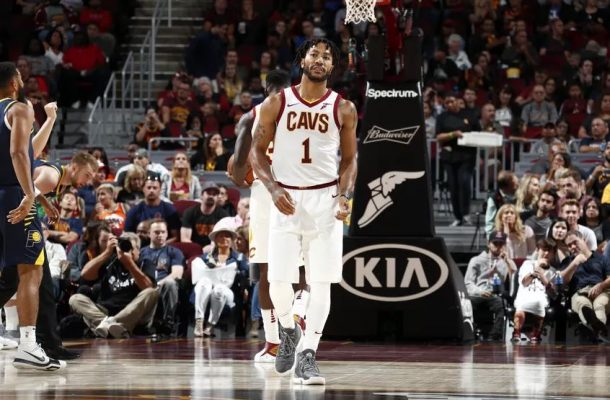 Former Cleveland Cavaliers guard Derrick Rose spent less than four months with the team last season, but is now claiming that his minor contributions were the result of a lack of playing time.

Shams Charania of The Athletic presented a profile of Rose, who was seemingly destined for the Hall of Fame. That was until a devastating 2012 knee injury turned him into an injury-plagued former star who is currently playing for his fourth different team.

After Rose became a free agent in the summer of 2017, he signed a veteran’s minimum contract with the Cavaliers. The move was seen as a way to rebuild his marketability and also give him a chance to possibly help the team win an NBA title.

Instead, he started in just seven of the 16 games he played in for the Cavaliers, averaging 9.8 point and 19.2 minutes per game. The reason for his brief resume with the team was largely because of an ankle injury he suffered during the first week of the season.

Despite rehabbing the injury, Rose still had pain that was later diagnosed as bone spurs. At one point, he left the team and reportedly contemplated retirement, a move that was criticized in some quarters.

Rose bitterly indicated that some previous teammates had done the same thing, yet weren’t criticized:

“So don’t act like I’m the outcast because I did that. It ain’t like I was playing.”

Prior to joining the Cavaliers, Rose played for the New York Knicks where he averaged 18.0 points per game and 32.5 minutes of playing time per contest. Despite some issues along the way, he contrasts that situation to his time with the Cavs.

“New York, yes, I was playing. My fault. I take all of that blame,” Rose said. “But in this Cleveland situation, don’t act like I was playing. I wasn’t playing.”

The Cavaliers traded him to the Utah Jazz, who immediately released him. He subsequently signed with the Minnesota Timberwolves where he reunited with his former coach, Tom Thibodeau.

This season, Rose is averaging 14.3 points and 28.4 minutes of playing time in the Timberwolves’ first seven games. While he’s now apparently happy, it’s clear that some residual bitterness remains about his time with the Cavs.