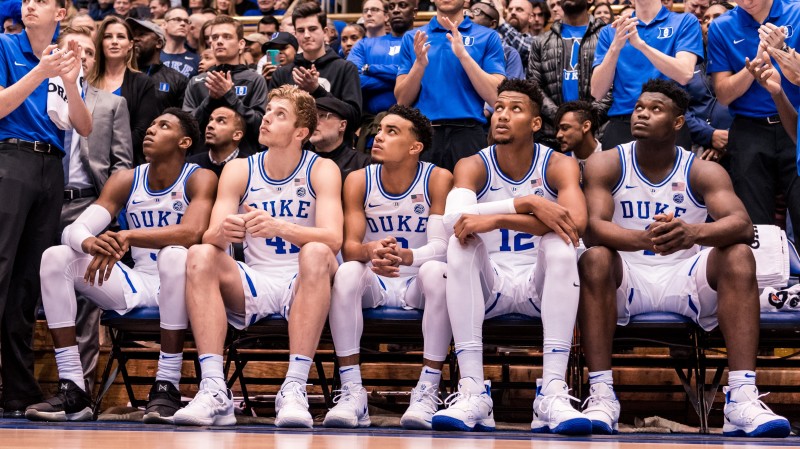 Despite winning two straight games, the Cleveland Cavaliers are still in prime position to select one of the star prospects in the upcoming 2019 NBA Draft.

On Wednesday night, it was reported that the Cavs sent two scouts to go see the three star players currently at Duke University.

“The Cavaliers were one of several teams with two scouts, no doubt also looking at yet a fourth Duke freshman, 6-2 point guard Tre Jones, who would be a sure second-round pick today, and possibly a first-rounder by the end of the NCAA Tournament,” Alexander wrote.

“The plum of the bunch is Williamson, a mountain of a young man who actually looks svelte up close going through pregame warmups. Elite size, elite quickness, elite strength is evident with the twitch of nearly every muscle.”

As if the comparison even needed to be made at this point, Alexander pointed out that Williamson’s combination of size, speed, and talent was reminiscent of that of former Cavs star LeBron James.

“Williamson, with crossbow shoulders and dump truck springs for thighs, is a left-hander who has been compared to the likes of Shawn Kemp, Charles Barkley and LeBron James,” he wrote. “The parallels to each are obvious. In physique he’s Barkley. His explosiveness matches Kemp. His basketball skill and IQ approach James. Williamson is a power forward with perimeter skills, moreso than Kemp and Barkley, but not as dominant as James.”

While Williamson is the apparent preferred choice of the group, both Reddish and Barrett would also be worthy talents of building a young team around.

With over three months left in the 2018-19 regular season, it will still be quite some time until we figure out where the Cavs end up picking in this year’s draft.