Don't Miss
Home / Rumors / Report: Carmelo Anthony and Paul George Were Supposed to Be Traded to Cavs on Draft Night

Report: Carmelo Anthony and Paul George Were Supposed to Be Traded to Cavs on Draft Night 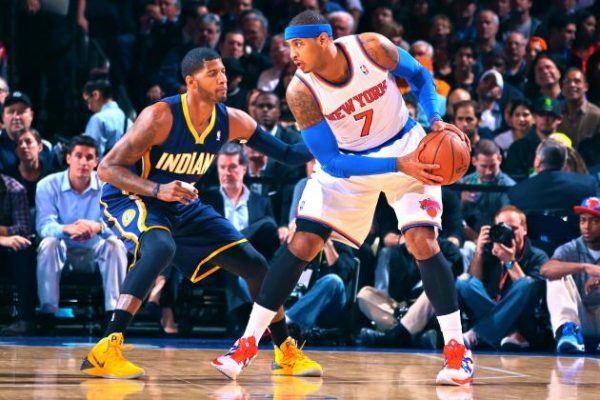 At certain points during the offseason, the Cleveland Cavaliers looked into acquiring either Paul George or Carmelo Anthony, though the expectation was that trading for both was not an option. However, Anthony now says that a deal for the Cavs was already in place before being called off.

Anthony made the remarks during an interview on SiriusXM interview, with Anthony indicating that the trade would have been consummated on the night of the NBA draft:

“Me and PG have a very close friendship. Actually, it was funny because me and PG was supposed to be in Cleveland on draft night. we were communicating about that,” Anthony said. “The deal was actually done and it got called off on draft night, so me and PG stayed connected throughout the course of the season.”

Both players were ultimately sent to the Oklahoma City Thunder in separate deals that came roughly three months apart. The Cavaliers and Thunder will face each other twice during the regular season, the first game taking place at Quicken Loans Arena on Jan. 20. That will be followed by a rematch on Feb. 13 in Oklahoma City, with any further matchups only possible if the two teams reach the NBA Finals in June.