Collin Sexton Explains What He Loves About Proving Doubters Wrong 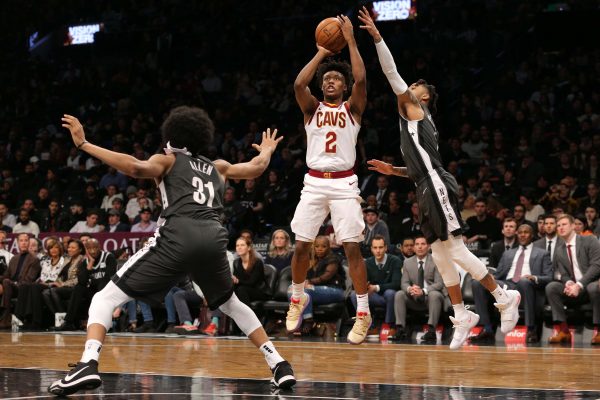 Cleveland Cavaliers rookie point guard Collin Sexton has had the exact kind of year fans could have hoped for. He’s experienced growing pains, learned from his mistakes, and is a quantifiably better player now than he was back at the start of the season.

One of the biggest improvements he’s made as the season has progressed has been his ability to shoot the ball from deep.

In fact, in Friday’s loss to the Miami Heat, Sexton broke Kyrie Irving’s franchise record for most 3-pointers by a rookie. For Sexton, proving doubters that he has the potential to be a lethal three-point shooter has been a highlight of his rookie campaign.

“It’s pretty cool because people been saying I can’t shoot,” Sexton said following the loss to Miami. “I just got to keep proving them wrong.”

His success from the beyond the arc isn’t an accident. According to Chris Fedor of cleveland.com, Sexton has worked tirelessly to improve his shooting.

“Inside the spacious Independence practice facility, the Cleveland Cavaliers have an internal monitoring system that tracks all players’ shots,” he wrote.

That kind of commitment has culminated in Sexton shooting 38.8 percent from beyond the arc. That’s third best among rookies who have taken at least 100 shots from deep.

For Cavs head coach Larry Drew, there are still many facets of Sexton’s game that he can improve.

“Playing point guard sometimes calls for sacrifices as far as getting other players involved,” Drew said. “Collin is a scoring point guard. He likes to score and can score, but sometimes you have to get your other guys rolling. Get the assists up. That’s no secret, that’s not one of his fortes. But he’s getting better. Really happy with where his growth is. I see him really improving in that area. He’d be the first one to admit from an assist standpoint that’s something he needs to get better at.”

Still, it seems Drew is more than confident in Sexton’s ability and desire to prove all those who doubt him wrong.

“The knock was that he couldn’t make a 3. Now he has shown that he has the ability to not only make the 3, but he’s confident shooting the 3,” Drew said. “This kid, when you say he’s not able to do something, he’s going to prove you wrong.”

While this season has been a tough one for Sexton and company, his progression throughout his rookie campaign has helped prove that he will be an important member of the Cavs’ roster for years to come.