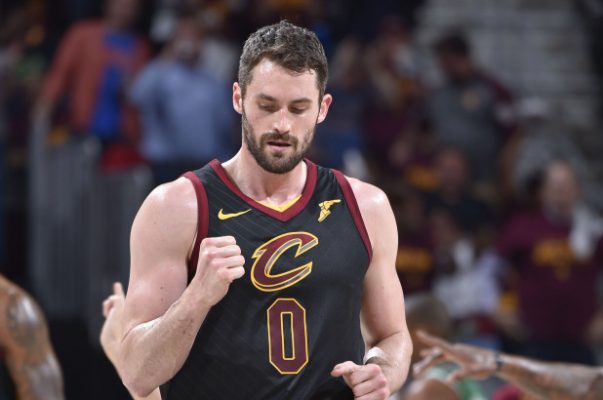 Earlier this week it was reported that the interest for Cleveland Cavaliers All-Star Kevin Love was scarce around the NBA, but on Friday, Chris Fedor of Cleveland.com reported that multiple teams around the league have inquired about the big man.

“This is the question that so many are asking,” he wrote. “So let’s start here: There’s interest from other teams in All-Star power forward Kevin Love. Sources tell me that the Cavs have received calls about him. It’s the same thing that typically happens with him around this time of year. He’s used to it.”

Love put in some strong performances earlier in the season, averaging 19.0 points and 13.5 rebounds in the games he played, but he quickly went down with a foot injury and subsequently elected to have surgery. He hasn’t played since Oct. 24.

Despite Love’s injury concerns, the Cavs still see him as a highly valuable asset on their roster.

“As I’ve written numerous times, it will take close to the perfect deal for the Cavs to pull the trigger,” Fedor wrote.

“They want Love around, hoping he can be the rock during this new era. He’s their All-Star. Those inside the organization recognize his value. The decision-makers also understand how difficult it is to acquire those high-level players. When you have one, and he is under team control for a number of years, why give that up? What’s the rush?”

In the end, it seems Love may be destined to remain in the Wine and Gold. Not only do the Cavs seem intent to keep him, but Love’s injury could also play a role in impacting his value.

While the talented big man had initially targeted a return this month, giving him plenty of time to prove that he’s fully healthy, a return in February now seems more likely. That will certainly impact his perceived value throughout the league prior to the Feb. 7 trade deadline.

All factors aside, Fedor stated that the Cavs won’t budge on dealing Love unless they receive a truly enticing offer.

“Of course, teams will continue to show interest. He’s a floor-spacing double-double machine,” he wrote. “He’s a five-time All-Star. He’s an Olympic gold medalist. When he returned to the practice floor recently, it struck me how much more talented he is than every other player currently on this Cavaliers roster.”

“Unless the Cavs get a treasured offer from an asset-heavy team (rumored teams like Dallas and Charlotte don’t really fit this criteria), one with some combination of high draft picks and young, controllable players on team-friendly deals, Love will likely stick around.”