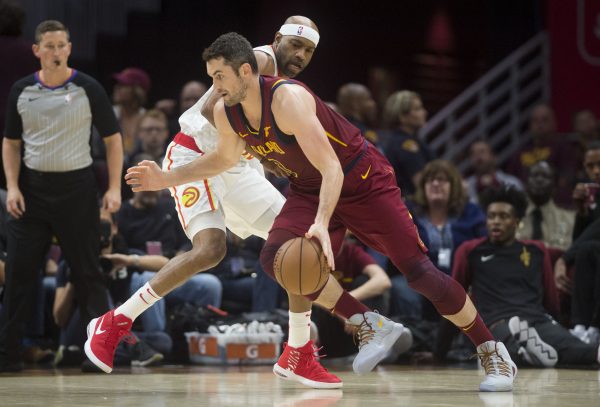 Late last month, it was reported that Cleveland Cavaliers All-Star forward Kevin Love could be back on the court as soon as the middle of January, but on Monday, the injured veteran seemed to back off that previously established timetable.

Kevin Love seemed to back off of his goal of a mid-January timeline for return today. Story coming

“I don’t know,” Love said at Cleveland Clinic Courts. “It’s really tough for me to say because I don’t know how my foot is going to respond. I didn’t know what the doctor was going to say in New York, but I think just if I’m feeling good and I progress well than hopefully it will be sooner rather than later. I just don’t know when it’s going to be.”

He did say, however, that his progression is continuing at a steady pace.

“I think just kind of go with the symptoms,” Love said. “Like if I’m feeling anything we’ll just kind of keep it at that pace, just a progression from here. But I think I’ll get more of an idea of that over the next couple weeks and then from there there will be even more progression and get out on the court. I don’t know when I’ll be able to go one on one, two on two, three on three, but I think that’s all part of the next few weeks I’d say.”

“I would just hope to come back whether it be right before All-Star break, after All-Star break just things to start trending in the right direction and give the fans and this organization some hope for better times that are going to be here.”