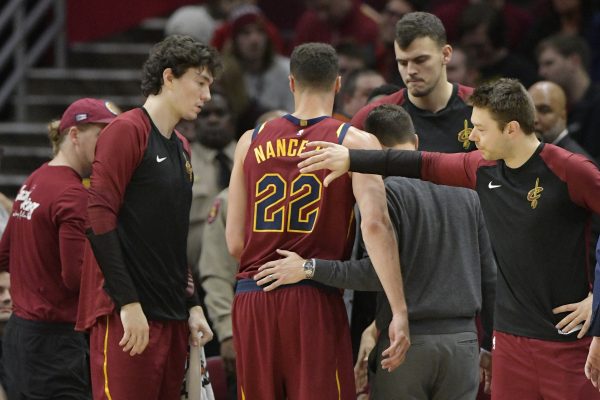 Larry Nance Jr. has suffered a sprained MCL, and could be out for the next two weeks. The Cleveland Cavaliers discovered the sprain on Thursday after Nance underwent an MRI.

Nance suffered the knee injury during Cleveland’s loss to the Indiana Pacers on Tuesday. He did not play in the team’s loss to the New Orleans Pelicans on Wednesday.

On the year, Nance has missed three games, and the Cavs have lost all three. After signing a four-year, $44.8 million extension during the offseason, Nance has been one of the few bright spots for a Cavs team that has struggled their way to an 8-34 record.

Nance is averaging 8.8 points, 7.5 rebounds, and 3.2 assists per game this season, and has shown nice touch from beyond the arc for the first time in his career. The fourth-year big is extremely athletic, so hopefully the knee injury doesn’t compromise him physically in the long run.