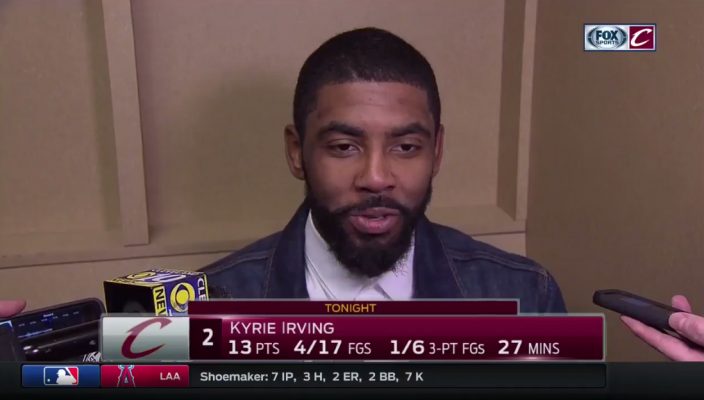 The Cleveland Cavaliers made history on Thursday night as they came back from a 25-point halftime deficit to beat the Indiana Pacers in Game 3 of the Eastern Conference quarterfinals, 119-114. The halftime comeback marked the largest in playoff history and a big reason for the miraculous feat was the heroics of Cavs superstar LeBron James.

The four-time MVP put on a herculean effort en route to 41 points, 13 rebounds, and 12 assists and spearheaded the comeback with both Kyrie Irving and Kevin Love sitting on the bench for the entire fourth quarter.

Irving, who had a uncharacteristically off-night, finished the evening with just 13 points on an abysmal 4-of-17 shooting from the field. He spoke afterwards about the awe he was in while watching his superstar teammate lead the historic comeback.

To those who may not be amazed by the greatness of LeBron James, just ? to his @cavs running mate @KyrieIrving. #DefendTheLand pic.twitter.com/uZFMg4aXqK