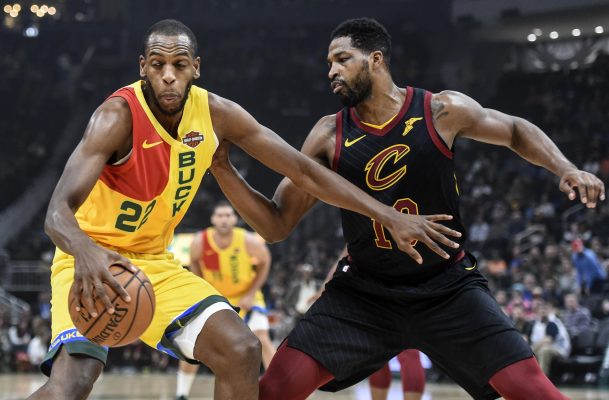 The Cleveland Cavaliers are in the midst of a nine-game losing streak at the moment, and breaking that streak is going to be made quite a bit harder if Tristan Thompson, Rodney Hood, and Matthew Dellavedova, who all missed practice on Monday, can’t suit up for their next game.

While all three players did miss practice, the report seems to indicate that all three may be able to go for Tuesday’s game versus the Indiana Pacers.

#Cavs Tristan Thompson did not practice today. Larry Drew thinks he should be ready for tomorrow night. Rodney Hood also missed practice. But he’s currently getting work in on the floor. Matthew Dellavedova was able to do a little.

Last week, Thompson returned to the court after he missed the last two weeks of December due to sprained foot. As for Hood, he returned for two games last week before sitting out Saturday’s game versus New Orleans due to lingering Achilles soreness. Finally, Dellavedova has missed the last two games with a foot injury, but seems to be making his way to return as well.

The Cavs’ lack of success on the court this season has been due to quite a few reasons, but the mounting injuries have certainly played a pivotal role.

Perhaps the one positive aspect of the 2018-19 season being a lost one for the Cavs is that players are certainly not feeling the pressure to return from injury before they are ready.

While it would be great to see all three veterans back on the court for Tuesday’s game, it would not be much of a surprise if they opted to give their body a bit more rest before coming back.