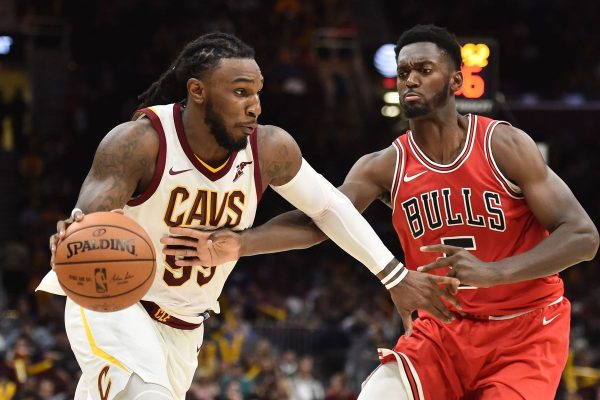 Jae Crowder was coming off a season in which he recorded career-highs in minutes, field-goal percentage, three-point percentage, rebounds and assists when the Cleveland Cavaliers acquired the versatile forward three months ago from the Boston Celtics.

As if that and the prospect of getting to play with LeBron James on a nightly basis weren’t enough, Crowder has extra motivation. He is dedicating this season and the rest of his career to the memory of his mother, Helen Thompson, who passed away from cancer in an Atlanta hospital the night of the trade with him at her bedside.

It’s still early, and things could still work out like he had hoped and imagined. But for now, Crowder continues to struggle at both ends of the floor for the Cavs.

Through the first 17 games (including 14 starts) with his new team, Crowder is averaging only 8.8 points while shooting a career-low 37.3 percent from the floor.

Most perplexing of all, one of the NBA’s toughest perimeter defenders has a negative defensive plus-minus rating (minus-2.2) for the first time since coming into the league. During the Cavs’ rally from a 23-point third-quarter deficit Monday night at New York on their way to a 104-101 victory over the Knicks, Crowder watched from the bench after posting a rating of minus-17 while in the game. 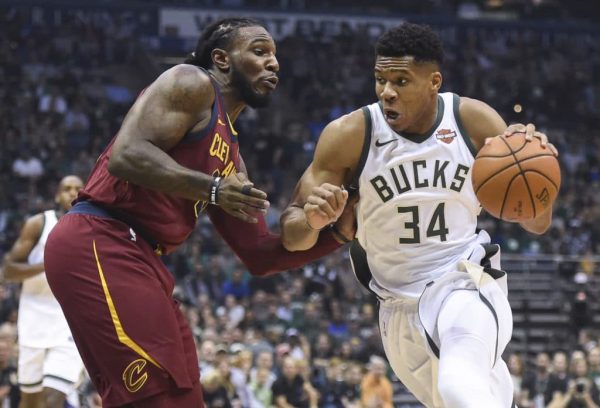 In the 117-113 loss at Houston which wound up being the lone defeat on a four-game road trip, Crowder failed to stop Rockets forward P.J. Tucker from getting inside position on a missed 3-pointer down the stretch by James Harden. Moments later, another miss by Harden turned into a game-clinching putback by Clint Capela, whom Crowder was unable to box out.

The absence of Tristan Thompson due to a calf injury has forced Crowder to play power forward more than usual in small lineups for the Cavs, who enter Wednesday night with the worst defensive rating of all 30 teams (109.4). Crowder has yet to grab more than seven rebounds in a game, a contrast to when he recorded nine double-digit efforts in that category last season for a team which faced the Cavs in the Eastern Conference Finals. That was the only series in which James did not average more than 30 points, partly because Crowder helped hold him to 11 points in one game on 4-for-13 shooting.

Whether his problems on defense have impacted his offense or the other way around is up for debate. What can’t be argued is that his shooting numbers are down significantly. He has hit on only 29.8 percent of his catch-and-shooter jumpers, a major dropoff from 41 percent last season.

The numbers don’t concern James, however, as he told ESPN.com’s Dave McMenamin:

“I just want Jae to be aggressive,” James said. “If Jae is aggressive, I don’t care if he misses 100 straight shots, I want him to be aggressive and when the ball comes to him, look at the rim. … I want to be the one to kind of stay in his ear and let him know, like, ‘Listen, I want the Jae that I had to go against the last few years with him in Boston.’ “

The youngest of five children, Crowder has been thrown off stride emotionally and physically in the wake of his mother’s death at the age of 51. His offseason training regimen was disrupted while he took care of arrangements and family issues, making the period of getting accustomed to new teammates even more of a challenge.

“I’m not where I want to be, honestly,” Crowder said. “But I feel like I’m getting there. Every day with every film session I get better and that’s the key. But like I said, these guys always preach about, ‘All we play for is a championship.’ Once that time comes or once we continue to build throughout each game in the regular season, once the playoffs come, hopefully everybody will be where they need to be.”

Kyle Korver, who came to the Cavs in January following a trade with the Atlanta Hawks, knows as well the period of adjustment to a new team. Not until he went 8-for-9 from three-point range in a win at Indiana a month after being acquired did he fully resemble the player the Cavs counted on getting.

As Korver told Marla Ridenour of the Akron Beacon Journal about Crowder:

“All that said and done, he comes to practice every day and works hard. Even though he’s out of position and everything’s new, I’ve never heard him complain one time. He has a great attitude. He works. He’s going to figure it out.”