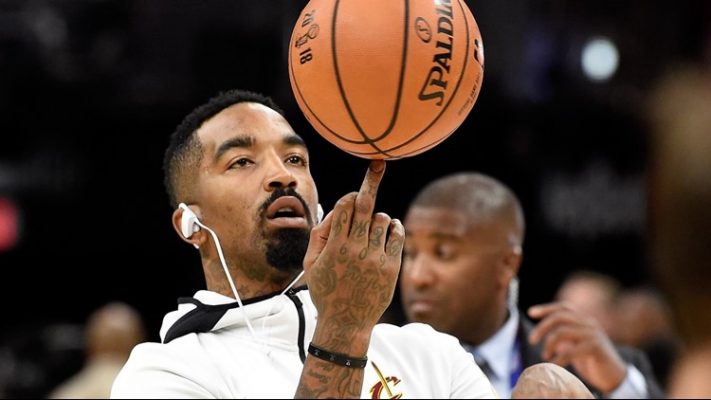 The abrasive immigration policies of President Donald Trump have aggravated many people, including Cleveland Cavaliers guard J.R. Smith. On Thursday morning, Smith joined the chorus of Trump critics by posting a subtle rebuke through social media.

Trump began his run for the presidency in June 2015 by attacking Mexicans, accusing them of transporting such problems to the United States. Since taking office in January 2017, Trump has attempted to institute more stringent policies connected to the issues and other nationalities, which has resulted in frequent protests.

Smith’s use of a Native American image is a sarcastic attempt to show that any other nationality other that those natives should be in the same category. In Trump’s case, some of his family emigrated from Scotland, while two of Trump’s three wives, including First Lady Melania Trump, were also born overseas.

On the court, Smith got his first start of the season on Wednesday night, playing 32 minutes and scoring 13 points in the Cavaliers’ 95-86 loss to Oklahoma City. Having battled injury and a reduction in playing time during the Cavs’ 1-10 start, Smith is currently averaging 7.3 points per game.

Smith and the Cavaliers will seek to pick up their second win on Saturday, when the play on the road at Chicago.