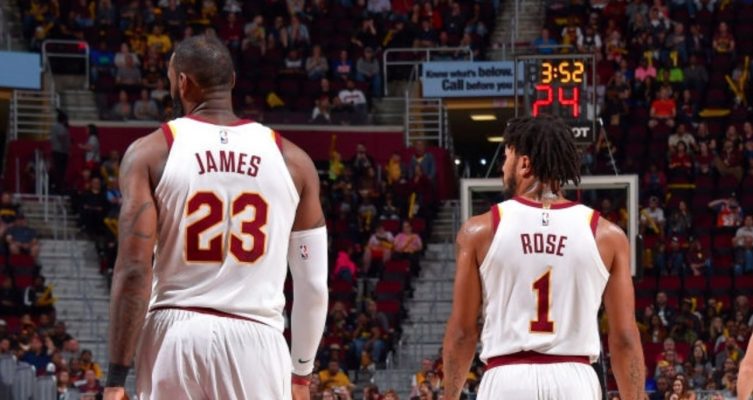 In a candid interview with Shams Charania of The Athletic, former Cleveland Cavaliers guard Derrick Rose gave his honest feelings of playing with superstar LeBron James:

“Come on, man. It was super awkward,” Rose said, “but that was my only way back.”

Rose signed a veteran’s minimum deal with the Cavs before the 2017-18 NBA regular season. In Cleveland, the point guard put up 9.8 points and 1.8 rebounds in 19.3 minutes a game. However, the stay wouldn’t last long as the Cavs sent Rose and Jae Crowder to the Utah Jazz, as well as Iman Shumpert to the Sacramento Kings, in a three-team trade to acquire Rodney Hood and George Hill on Feb. 8.

While the former MVP had the privilege of playing with James in 16 games, he didn’t appear to appreciate it much. In fact, since Rose had competed with James over the years, he said it felt like he was joining a squad he was trying to beat rather than one he’d get a fresh start with:

Even if it was short stint, the opportunity with Cleveland did get Rose back in the league and eventually with one of his favorite coaches in Tom Thibodeau. The 30-year-old currently plays for the Minnesota Timberwolves, and is experiencing a revitalization after a forgettable season last year. Rose is averaging 14.3 points, 4.9 assists and 4.0 rebounds off the bench for the Wolves this season.