Don't Miss
Home / Media / Larry Nance Jr. Says Kobe Bryant’s Last Season Is Not One He Would Want to Relive

Larry Nance Jr. Says Kobe Bryant’s Last Season Is Not One He Would Want to Relive 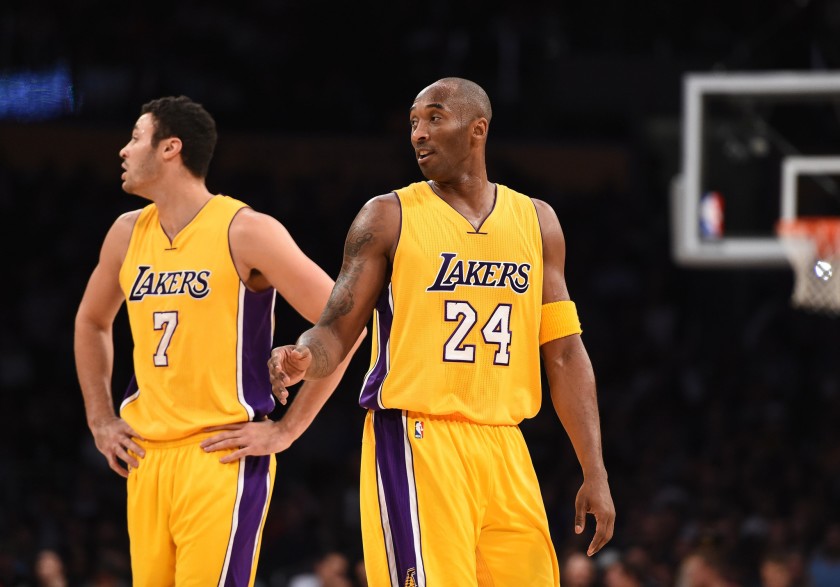 The constant presence of a film crew during the final year of Kobe Bryant’s legendary career resulted in Larry Nance Jr. and other Lakers teammate to originally exhibit caution before having such concerns fade with each passing day.

Nance, who was traded to the Cleveland Cavaliers in February 2018, began his NBA career as a teammate of Bryant during the 2015-16 NBA season. Recounting the original fears of the camera’s looming presence, Nance noted how the team’s attitude slowly evolved over the course of the campaign.

“It was like, ‘All right, we got to really watch what we’re saying, watch what we’re talking about, because you have no idea who’s watching or editing this,'” Nance said. “That’s something we all kind of talked about as a team is like, ‘Hey, you never know where this is going. So let’s just keep it mellow around the cameras.’

“But then the longer the year went on, you just forget about them and just kind of stopped caring.”

The effort on the part of the filmmakers was to offer an all-inclusive look at the last of Bryant’s 20 seasons with the Lakers.

That meant filming took place on the court, during practices, in the locker room, on the team plane and even in Bryant’s home. The key reason why such an all-access approach was available was that Bryant himself was employing the camera crew.

The footage has never been released, but the combination of Bryant’s shocking Jan. 26 death and the documentary about Michael Jordan’s final season has sparked interest in the project.

Nance had mixed feelings about the project, considering that the Lakers were in the midst of a disastrous 17-65 season.

“It was really cool because, like, this is the Black Mamba. But at the same time, like, this is also the worst season in Lakers history,” Nance said. “So while I’m really proud to be in the NBA playing with this absolute legend, [that] is not something that I’m really trying to relive.”

Nance, like all current NBA players, are waiting for NBA commissioner Adam Silver to make a final decision on the status of the 2019-20 season.

The Cavaliers were destined to close out the campaign out of the playoff picture, with Nance likely wanting to forget this year as much as his rookie season. The one major difference this season is that a camera crew hasn’t been much in evidence.