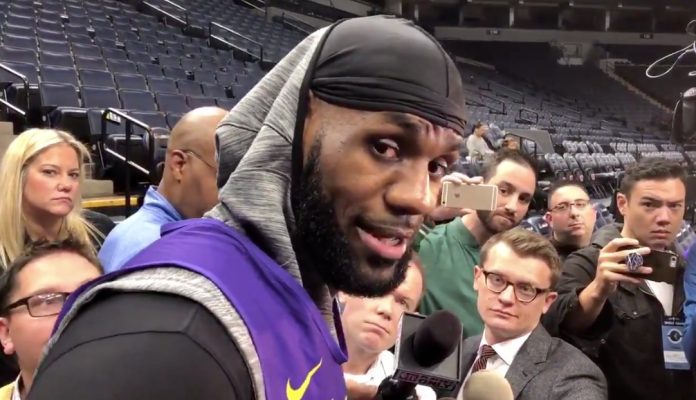 James, 33, spent the last three seasons with Lue before heading to the Los Angeles Lakers this past offseason. This was the second statement from the four-time MVP after he tweeted about it on Sunday.

With both messages, James shared extreme appreciation and respect for Lue. While both guys are no longer together, the bond they built over the past few seasons is one of a kind.

Lue, 41, took over as head coach in the middle of the 2015-16 season after the Cavs let go of David Blatt, who James reportedly wasn’t a big fan of. Later that year, Cleveland went on to win their first championship in the 2016 NBA Finals with Lue and James at the helm.

The Cavs pulled off a historic 3-1 comeback against the Golden State Warriors to capture one of the most iconic achievements in NBA history. With a championship in hand and loud approval from the franchise’s greatest player, the front office awarded Lue with a five-year, $35 million contract the following summer.

Despite the long-term deal, the Cavs didn’t see it fit to keep Lue around with a newer, younger roster. It’s an understandable decision considering the champion wanted to use veterans while ownership vouched for youth. Still, Lue will find his way back into the league soon. Although he doesn’t have a job anymore, it won’t be hard to get one with the league’s best player vouching for him.