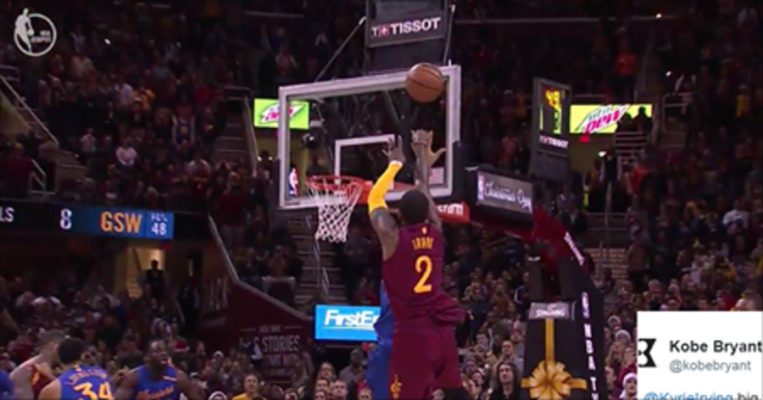 Cleveland Cavaliers point guard Kyrie Irving came up huge once again on Sunday as he made a heroic game-winning fadeaway against the Golden State Warriors with just three seconds remaining on the clock.

Not a stranger to clutch game-winners, Los Angeles Lakers legend Kobe Bryant had a special message for Irving after the game.

Irving finished the game with 25 points, six rebounds, 10 assists, and a whopping seven steals to lead the Cavs to victory on Christmas Day.