Video: DeMar DeRozan Says Raptors Would Have Won If They Had LeBron James 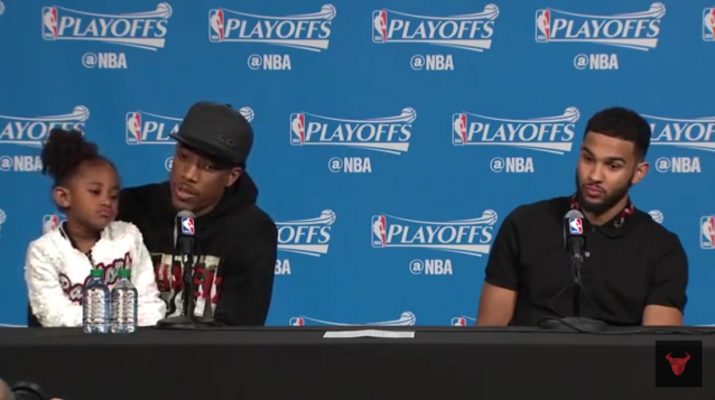 After LeBron James and the Cleveland Cavaliers completed their four-game sweep of the Toronto Raptors, the postmortem by the Raptors’ DeMar DeRozan offered an obvious, but telling point about the eventual outcome of the series.

DeRozan was asked during Sunday’s postgame press conference if he agreed with his head coach Dwane Casey’s contention about the way the series could have unfolded. Casey stated that things could have been different if the Raptors had more than three days to prepare against the defending NBA champions.

“If we had LeBron on our team too, we would’ve won,” DeRozan said. “We can say that all day. Time, everything, but we didn’t. It happened. We got swept and it’s going to be one of them long summers for us.”

During the four-game series, the 32-year-old James averaged 36.0 points, 8.3 rebounds and 5.3 assists. In addition, he showed no signs of any late-season fatigue, averaging 41.3 minutes, including 46 in the clincher.

The Cavaliers now await the winner of the Boston-Washington series, which is now deadlocked at two games apiece. Should Washington advance, the Cavaliers will have home-court advantage for the Eastern Conference Finals.